Born as Albert Lincoln Roker Jr., Al Roker is an American journalist, weather forecaster, actor, and author.  He is the weather anchor of NBC’s Today and a co-host on 3rd Hour Today. He is also the Owner and CEO of Al Roker Entertainment.

Roker stands at a height measurement of 5 feet and 8 inches (1.73 meters) tall. 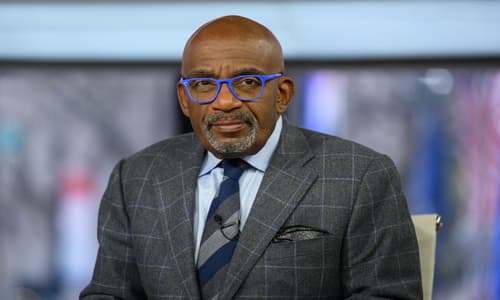 Roker is born to Albert Lincoln Roker Sr. (father) and Isabel Roker (mother). His father is of Bahamian descent and was a bus driver whereas his mother is of Jamaican descent and a catholic faithful.

Roker is married to his wife Deborah Roberts.  Roberts is a journalist for ABC News. The pair got married on September 16, 1995. Prior to marrying Roberts, Al had married twice. His first wife whom he divorced is unknown whereas his second wife was named Alice Bell. He married Bell in 1984 and later the two divorced, leading to his marriage to Deborah Roberts.

Roker has three children, two children with his wife Roberts named Nicholas and Leila, and an adopted daughter named Courtney.  Courtney was adopted when she was an infant in 1987 when Al was married to Alice Bell. Leila was born on November 17, 1998, while Nicholas was born on July 18, 2002.

Roker has openly talked about his battle with weight loss. He underwent gastric bypass surgery to lose weight. In addition, he has had numerous surgeries.  Al underwent a total knee arthroplasty in 2001 and a knee replacement surgery in 2016. The television personality also had a back operation in 2005 and a hip replacement surgery in  September 2019.

Al disclosed in September 2020 that he was diagnosed with prostate cancer.

Roker studied at Xavier High School. Upon high graduation, he joined the State University of New York at Oswego where he graduated with a B.A. in communications in 1976.

Al started his career as a weather anchor at WHEN-TV, a CBS affiliate in New York. He worked at WHEN-TV for almost two years, leaving in 1976.

After his University graduation,  He moved to Washington where he joined WTTG as a weathercast. In 1978, he joined WKYC-TV in Cleveland, working there for five years. Following his 5-year tenure at WKYC-TV, the weather anchor got a promotion and was moved to WNBC-TV in New York where he started as a  weekend weathercaster and later became a regular weeknight weathercaster.

Roker is currently the weather anchor for NBC’S Today. He joined Today in 1996 and has been the chief host since then. As a weekday weather anchor on Today, he has covered Hurricane Wilma and also set a new Guinness World record for forecasting for 34 hours straight from 10:05 pm on November 12, 2014, up until 8:00 am on November 14, 2014.

Roker has hosted and co-hosted:

Al  has authored a couple of books including:

His outstanding work has seen him win several awards including:

Roker’s annual salary at NBC is $10 million. He, in recent times, signed a 5-year contract of $50 million.  Al’s has an estimated net worth of $70 million. This is according to Celebrity Net Worth. His primary source of income is his professional career in journalism, weather forecasting, authoring,  and acting.