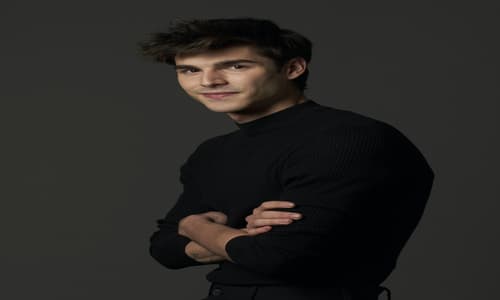 Mel was born in Salamanca, Spain to Yolanda Sierra. Moreover, he has a younger brother.

The television actor had a girlfriend whom he featured several times on his Instagram account called Lucia Leiguna. Presently, he is dating Raquel Yanez, a Venezuelan actress.

Mel is a SpanishInstagram sensation and television actor. His selfie game and modeling photos have earned him in excess of a million followers on his Instagram account. He also runs his own YouTube channel which has almost 50,000 subscribers in addition to Instagram.

Until 2015, he was not active on Instagram. He started posting an average of two posts daily. In April 2013, he posted for the first time.m Moreover, he starred in a series of YouTube videos named “Art Surf Camp Experience – Capitulo”. Followers and fans began to rise like foam while he was studying the first year of Architecture at the University of Valladolid. He decided that projects and buildings were not his things at the end of the course. Moreover, to forge a career as a model, he went to Madrid turned into a budding influencer. However, the brands offered him more collaborations as the number of followers and haters increased. He managed to carve out a niche in a world filled with women and names like Dulceida or Maria Pombo.

Exclusive parties and promotional trips began. The star now accumulates 1.2 million followers. Additionally, he began to do interpretation tests and the roles did not take long to arrive despite his shyness and thanks to the name that had been created in the networks. He had roles in the following Red Eagle, The Other Look as well as Under the Network. However, the door to the very first division for him was opened through a small role in the Telecinco series “Mothers”.

Moreover, Alejandro Amenabar wanted to give him a test to see if he fit in as the protagonist of his first series when he saw his casting. He had no doubt that Mel would play Alex Ventura in ‘La Fortuna’ after that audition.

Mel currently lives with Gerard Estadella, a fashion influencer in a shared apartment. Moreover, there are more famous names in his gang of friends including other influencers such as Alex Domenech, Dulcedia’s brother. In addition, he is usually seen in the act with Mario’s brother, Oscar Casas, and the former Auryn Dani Fernandez.