A native of Sarasota, Florida,  Alyssa Lopez is an entrepreneur and a reality television star widely known for participating in CBS’s reality show Big Brother season 23. Lopez, together with her friend Meredith Mickelson, co-founded a swimwear company called Molliebird. In addition, she is a licensed drone operator and owns a film degree.

Lopez stands at a height measurement of 5 feet and 6 inches. 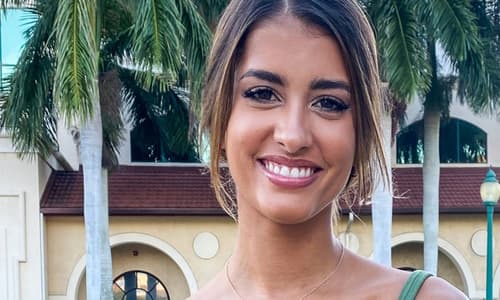 Lopez is of Puerto Rican descent.

Lopez was in a relationship with her boyfriend Lew Evans as of 2020. The two posted pictures of themselves on their IG pages with the last of them being in September 2020 (as of July 2021). Lew is a Vice President of Marketing and Business at American Senior in Tampa, Florida according to his LinkedIn profile. He is also the founder of a company called Peak Media (2017-). Her boyfriend is also a former athlete, he played college basketball.

It is not known whether Alyssa and Lew are still dating as of July 2021. None of them have posted their photo on Instagram since January 2021.

Lopez is one of the Big Brother season 23 contestants. Big Brother is a reality game show that airs on CBS. The 23rd season has 16 contestants (winner) who will be competing to walk away with the grand prize of $500K. Alyssa says her favorite Big Brother duo is Jessica and Cody. She describes herself as “witty, sarcastic, and outgoing.”  On the first week of the show, she joined Kings Team whose captain was Christian Birkenberger. She was the first pick of the group. Other members of Kings Team are Xavier Prather and Sarah Steagall.

The other 15 contestants of Big Brother season 23 are:

Lopez is an entrepreneur and a reality television star. She co-founded a swimwear company called Molliebird, together with her friend named Meredith Mickelson.  Molliebird was officially launched on June 24, 2021. Their swimwear pieces are described as “chic, flirty, and sophisticated.” The swimwear pieces range from $58 to $116 as the best selling.

Before she became an entrepreneur, Alyssa was a content creator for Reef + Ledge. She also worked as a Promotions Leader at the Hooters of South Florida. In addition, she Interned for VRod Experiments as a video producer and director.

Lopez has an estimated net worth ranging from $100K to $400K. She has accumulated her fortune through entrepreneurship and through filming.