Arsenio Hall is an American talk show host, writer, producer, and comedian. From 1989 to 1994, he hosted the late-night talk show, The Arsenio Hall Show. In addition, he also rehosted the show from 2013 to 2014. Additionally, he has appeared in Harlem Nights, Coming to America, Martial Law, and Coming 2 America. 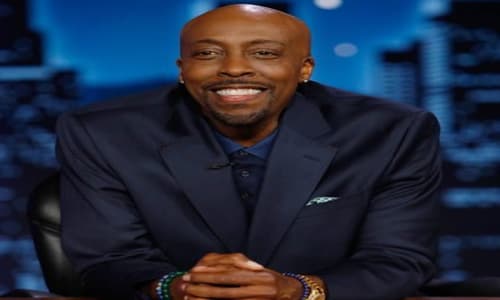 Hall was born in Cleveland, Ohio to his parents Anne 9mother) and Fred (father), who is a Baptist minister. Moreover, when Hall was a child, he performed as a magician. However, details about his siblings are currently under review.

In the 1990s, Hall was in a relationship with Paula Abdul. Also, in 1983, he dated Pamela Samms. However, he has a son named Arsenio Hall Jr. born in 1990, although he has never married. Moreover, he was romantically linked with Pamela Anderson.

Hall made a couple of appearances on Soul Train after moving to Chicago and then Los Angeles to pursue a career in comedy. He was the announcer/sidekick for Alan Thicke during the short-lived talk show Thicke of the Night in 1984.

On five weeks of episodes of the short-lived NBC game show Match Game-Hollywood Squares Hour, he appeared from 1983 to 1984. In addition, in the animated series The Real Ghostbusters, he was the original voice of Winston Zeddemore from 1986 to 1987. He co-starred in the comedy film Coming to America with Edie Murphy in 1988.

The Fox network introduced The Late Show Starring Joan Rivers in 1986. This was a direct challenge to The Tonight Show Starring Johnny Carson. Ratings for the show sagged after a moderate start. Subsequently, the series featured several interim hosts after it was renamed The Late Show before it was canceled in 1988. His stint proved immensely popular when he was chosen to host the show in the fall of 1987, leading to his being offered his own show in syndication.

He had a Paramount contract to host The Arsenio Hall Show, a nationally syndicated late-night talk show, from January 2, 1989, to May 27, 1994. The show rated especially high among the coveted younger demographic, and is known for its audience’s distinctive alternative to applause in chanting Woof, woof, woof! while pumping their fists and was a breakout success.

After Jay Leno was named host of The Tonight Show, Hall had a rivalry during which he said that he would kick Jay’s ass in ratings.

Furthermore, after Magic Johnson contracted HIV/AIDS, Hall used his fame to help fight worldwide prejudice against the virus. In the 1990s, he and Johnson filmed a public service announcement about the disease.