Azah Awasum is currently (July 2021) a director of sales operations and a TV reality star widely known for her appearance on CBS’S reality show Big Brother season 23. She is an avid Biker who loves traveling and has traveled to 26 countries as of June 2021.  Awasum is also an entrepreneur. She co-founded a cosmetic company called Mambaz Beauty, alongside her friend named Lauren Rosetta(source: stars offline).

The Big Brother 23 contestant, Awasum is 30 years old as of  July 2021. She was born on December 13, 1991, in Maryland, Baltimore. She celebrates her birthday on the 13th of December every year.

Awasum is quite tall. She stands at an approximated height measurement of 5 feet and 9 inches. 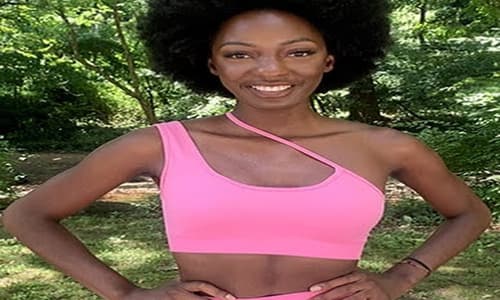 When it comes to her family, the Big Brother Contestant, Azah revealed that her grandfather was a polygamist with six wives and 47 children. She further revealed that she had 300 cousins due to the nature of her grandparents’ marriage.

Azah was born to her parents; her father named Tobias and her mother named Jeannette N Awasum. Her mother, Jeannette is the former owner of a Home Health Care provider while her father, Tobias is the CEO of Zoe LLC.

Azah is of American nationality. She was born in Baltimore, Maryland. When it comes to her heritage, she and her family her of African-American ethnicity. The Big Brother contestant has Cameroonian roots.

Awasum has kept her personal life away from the public. She has not disclosed whether she is currently dating or not. There is also no information about her ex-boyfriend. Once we have details about her current boyfriend or dating status, we shall update you.

Awasum attended Messianic Jewish School for her primary education. Information on where she attended her college information will be updated as soon as its available to us.

Awasum is among the 16 contestants of the 23rd season of Big Brother, which premiered on CBS on July 7, 2021, at 7/8 c. The CBS reality show will air three episodes per week; that’s on Sundays, Wednesdays, and Thursdays.

Azah describes herself as “Charismatic, crafty, and clumsy.” Her favorite Big Brother duo is Jun and Alison from BB4 while her favorite moment in Big Brother history was Keesha’s birthday on BB10.  She says her game plan in the house is to play for her own self. She will be competing with the rest of the contestants for a grand prize of $500K.

The other houseguests of Big Brother season 23 are:

Awasum is a director of sales operations according to her Big Brother CBS bio. She is also a co-founder of a cosmetic company called Mambaz Beauty. She founded the company alongside her friend Lauren Rosetta, and in 2016, the Guardian recognized them as the three finalists of My Side Hustle.

Awasum has an estimated net worth that ranges between $100K and $500K. she earns her income through her job as an entrepreneur and as director of sales operations of a company.