Born in Washington, USA, Benson Boone is a content creator best known for his TikTok videos and a contestant in the American Idol 2021. He attended Monroe High School and then joined Brigham Young University upon graduating from high school.

Boone stands at an approximate height measurement of 5 feet and 8 inches. 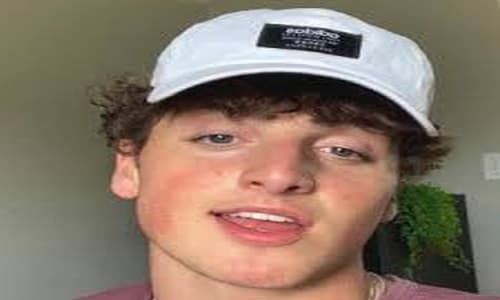 Boone is born to Nate Boone, his father, and Kerry, his mother. He has four sisters, one named Natalee. Natalee appears on some of his Instagram posts and TikTok videos.

On February  11, 2021, Benson wished his mother a happy birthday on an Instagram post that he had captioned: “HAPPY BIRTHDAY TO THE BEST MOM IN THE WORLD!!! I love you so much, mom! You do so much for me and our family and I’m so grateful to have you as a role model in my life Love you tons.”

Boone has not disclosed his relationship status. He has not revealed whether he is dating or not. This might be because he is still single. We will update this information once Benson reveals anything about his dating life.

Boone attended Monroe High School. While in high school he played piano in his friend’s band, Battle of the Bands. After graduating from high school, he joined  Brigham Young University.

Boone is a TikTok star. He joined the social platform in January 2020 and as of February 2021, his TikTok account @bensonboone has 1.3 million followers and 43.6 million likes. He usually posts lip-sync videos and duets.

Boone is a contestant of the 19th season of American Idol that premiered on ABC on February 14, 2021. He had only been singing for a year before he went for the auditions, he told the judges. Benson auditioned with “Punchline” by Aidan Martin. He performed the song using a piano and his performance earned him a golden ticket to Hollywood. Richie called him a “natural talent” while Kat Perry exclaimed: “They’re gonna swoon over Benson…” The singer was eliminated in the first week of Hollywood.

Some of the contestants of the American Idol season 19 include:

Boone has an estimated net worth ranging between $100K and $300K. Benson is a content creator and a TikTok star.