Kelly is a 58-year-old traffic reporter born on February 11, 1963. He has been celebrating his birthday on the 11th of February every year since 1963.

Kelly is a traffic reporter with a standing height of 5 feet 10 inches (1.8 meters). 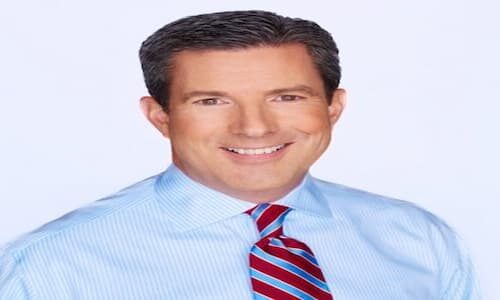 The award-winning traffic reporter was born to his parents in Northern Philadelphia. Unfortunately, Kelly has not disclosed information regarding his parents or his siblings. We are however trying to get the information and we’ll update the page when we get it.

Kelly was previously married to Colleen and is the proud father of two children. They are currently separated and in the process of divorcing. He claims there is no drama because his primary focus has been on his two daughters. Also, he commented on how amusing it is that people pick up on the ring after his viewers noticed his wedding ring was missing from his ring finger. However, it is unclear whether Bob remarried.

Kelly is a North Catholic High School and Temple University graduate, and he is a true Philadelphian.

Kelly is currently a traffic reporter for FOX 29’s “Good Day Philadelphia.” He joined the TV network in October 2014 and has reported on regular morning segments such as “Kelly’s Classroom,” “Breakfast with Bob,” and “Town Takeover.” For the past 15 years, he has been co-hosting the Philadelphia St. Patrick’s Day Parade.

Kelly worked as a traffic anchor for CBS 3 in Philadelphia for 13 years before joining FOX 29. Also, he has been the first traffic reporter in the Philadelphia region to report in front of a green screen. He is unique, animated, and entertaining to watch because he uses popular phrases such as Jammo, Two Jelly Donut Delay, and the Conshy curve. Many people now cite him as “The Dean of Traffic.”

Kelly began his career as a radio disc jockey, where he worked alongside Jerry Blavat, The Geator. He worked in a variety of media outlets, including some of Philadelphia’s most popular radio stations, until traffic became news. He began his career as a traffic reporter with KYW News Radio’s traffic on the 2s.

Some of his colleagues at FOX 29 are Meteorologist Kathy Orr, and Emmy award-winning news anchor Mike Jerrick.

Kelly has an estimated net worth of approximately $2 million.