Brandon “Frenchie” French is a farmer who became widely known for appearing on the reality show Big Brother season 23. His hometown is Camden, Tennessee, though he resides in Clarksville with his children. Prior to becoming a farmer,  Brandon French served in the military.

“Frenchie” is 34 years old as of 2020. He has not disclosed his date of birth publicly. Once we have the information about his birthday, we shall update you.

French stands at a height measurement of 6 feet and 1 inch. 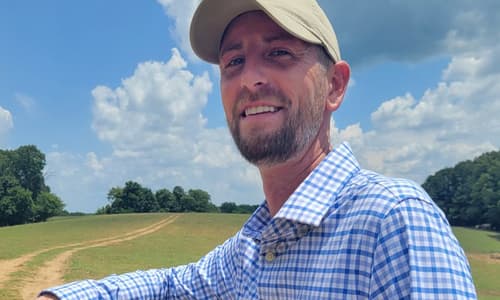 “Frenchie” French was born to his parents in Camden, Tennessee, USA.  On his social media post, he shared that his father was 60 years old on December 16, 2019. In his post, he further added that he wanted to become half as cool as his father was time.  Any information about his mother is not available.

When it comes to siblings, “Frenchie” French has four; three brothers and one sister. This is according to a photo he shared on social media, which was him as a kid and his siblings.

Brandon and his family reside in Clarksville. The farmer has not disclosed any detail about his wife or whether he is married or not. There are no pictures of his wife or girlfriend on his social media platforms. “Frenchie”, however, has three children; two daughters and a son.  He enjoys spending time with his kids when he is not busy tending to the animals.

French revealed that his son passed away and when asked what he would bring to the Big Brother House he said: ” A picture of my son who passed away because it motivates me like no other.”

“Frenchie” French is among the contestants of CBS’s reality show Big Brother season 23. The Television show follows a group of people; men, and women living together in a house fitted with high-definition cameras and microphones, recording their every move. The contestants will face challenges and competitions throughout their stay. In season 23 of the show, the houseguests (contestants) will operate in groups of four with each group with a captain who will have access to the camera footage. He will be eyeing the $500K grand prize if he emerges the winner.

Each week, one contestant will be voted out of the house, and the last contestant remaining will receive a grand prize of $500K. In week one,  Brandon was chosen as the captain of his group. He believes his lifestyle as a farmer will help him deal with the challenges on the show.

The Big Brother contestant, Brandon is a farmer. He, however, served in the military for an unknown number of years before he decided to become a farmer. He resides in Clarksville with his wife and children where he spends time looking after the animals.

Brandon “Frenchie” has an estimated net worth of not less than $400K. He earns his income through farming.

Brandon is active on Instagram. His handle is @farmerfrenchie_