A native of Piney Flats, Tennesse, Carson Peters is a Singer, songwriter, and reality star, and a contestant of the 21st season of The Voice. He appeared on NBC’s Little Big Shots hosted by Steve Harvey and won the 2010 Tennessee State Peewee Fiddle Champion.

The Voice contestant, Peters, stands at an estimated height measurement of 5 feet and 6 inches. 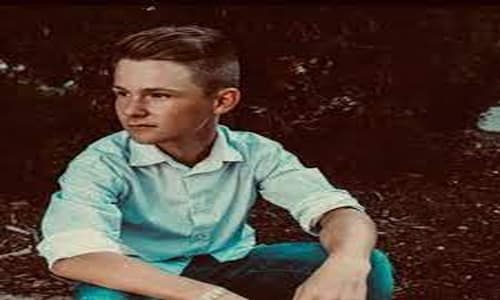 Peters is born to his parents; his father Jamie Peters, and his mother Robin. He was born and raised in Tennesee, USA. He has siblings whose identities are not known to us.

Peters is currently concentrating on his education and music career and is believed to be single. There is no information or source linking him to a girlfriend or relationship.

Peters has kept information about his school private.

Peters is among the contestants of The Voice season 21.  During the auditions, he got coaches Ariana Grande, Blake Shelton, Kelly Clarkson, and John Legend to turn their changes which earned him a ticket to the next round.

The singer is not new to performing in big stages. He played an instrument with Ricky Skaggs in the 2018 CMA Awards. He previously performed on NBC’s  Little Big Shots.  The singer won the 2010 Tennessee State Peewee Fiddle Champion.  In addition, the performer took the stage with EmiSunshine, an American Idol contestant.

In May 2021, he released an album by his name which is available for streaming. The album had 7 songs which include: I Told You So, Rock Salt and Nails, and It’s Getting Better All the Time.

Peters is in the early stages of his music career. He has performed on several stages including the 2018 CMA Awards. He has an estimated net worth ranging from $ 500K to $1.5 million.

Carson has an active Instagram account @peterscarson_, with over 4600 followers as of September 2021 and 13 posts as of September 13, 2021. He describes himself as a musician/band on his Insta bio.