Chloe Elizabeth Bailey is an American singer, songwriter, record producer, actress, and dancer. She is known as Chloe. Additionally, she is best known for being one half of the musical duo Chloe x Halle with her sister Halle Bailey. Together, they have earned five Grammy Award nominations since 2018. 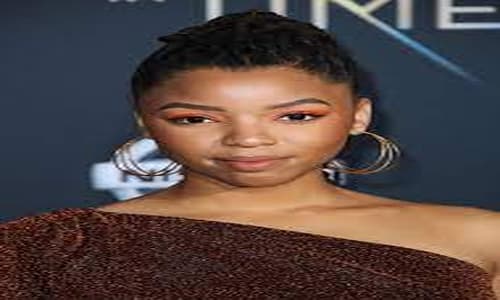 The actress was born in Atlanta, Georgia to her parents Doug (father) and Courtney (mother). Moreover, she was raised alongside her sister Halle in Mableton, Georgia, U.S. In addition, her other siblings are Branson and Ski.

The actress has been in relationships with Future (2021), Jack Harlow (2021), Memphis Depay (2020-2021), and Diggy Simmons (2019). However, dating rumors sparked about her and Gunna when they were spotted sitting together at the AtlantaHawks vs Dallas Mavericks home opener game in Atlanta, Georgia.

The actress has not disclosed information on where she attended High School or College/ University. However, we will update you on Chloe’s education as soon as the detail is publicly out.

Bailey began playing minor acting roles in 2012 in films including The Fighting Temptations (2003) starring Beyonce and the Disney television film Let It Shine while in Georgia. At the age of eight and ten, (with her sister Halle) their dad began teaching them how to write songs. Moreover, they launched a YouTube channel respectively with a cover of Beyonce’s Best Thing I Never Had at the age of 13 and 11. When uploading covers of pop songs onto this channel, they first performed as Chloe x Halle. Additionally, they do make their talk show debut when they appeared on The Ellen Show in April 2012. Moreover, in the Disney series Austin & Ally, she made a cameo appearance performing the song ‘Unstoppable’ in September 2013.

Furthermore, she was added to the cast of the TV series Grown-ish after releasing the theme song for the series titled Grown’ in 2018. In the series debut, the song ‘The Kids Are Alright was also featured. Furthermore, in November 2019, it was announced that the actress joined the cast of the horror film, The Georgetown Project. Moreover, in the 2022 psychological drama film Jane, she will star alongside Madelaine Petsch.

In addition, in August 2021 the singer announced the release of her debut solo single ‘Have Mercy’ as the lead single of her upcoming debut solo studio album. Before, she had teased the Murda Beatz-produced song numerous times. Moreover, she revealed that the album was more pop-oriented and was 90% done. Additionally, at the main show of the 2021 MTV Video Music Awards on September 12, she performed ‘Have Mercy’.

Bailey’s net worth is $2 million.