A native of New Orleans,  Louisiana, Chris Sutton is a commodities broker and a television reality star widely known for appearing on ABC’s reality show, Bachelorette season 18. He is a 2015 graduate of Louisiana State University.

Sutton stands at a height measurement of around 6 feet. 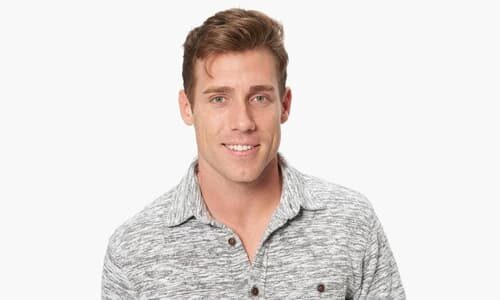 Sutton is born to his parents: Kristi Grace Sutton, his mother, and Gary Sutton, his father. He has a sister named Lauren Sutton. The Bachelorette contestant has a close relationship with his family. He posts pictures of his family on Instagram from time to time.

Sutton is currently living in West Hollywood, California but he is originally from New Orleans.

Sutton is currently single. He was a contest of the 18th season of the Bachelorette which starred Michelle young, an elementary teacher. His participation in the ABC reality show only meant that he was single and searching. Details on his past relationships are still under review.

Sutton is among the contestants of Bachelorette season 18 starring Michelle Young. Young is a 28-year-old elementary school teacher. She is from Woodbury, Minnesota. She was a contestant of Bachelor season 25 which starred Matt James. Michelle is also a former Division I basketball player and a graduate of Bradley University.

Sutton’s ideal woman is confident, kind, and selfless. He prides himself on falling in love on the inside rather than the outside. In five years, he hopes to be married with kids and make a positive impact on the world.

Bachelorette season 18 premiered on October 19, 2021, on ABC. Catch the show on Tuesdays at 8 pm ET on ABC.  Chris arrived with a school bus dressed in shorts and a backpack during his first appearance for the introduction.

The other contestants of season 18 include:

Sutton works as a commodities broker according to his ABC Bachelorette profile. He attended Louisiana State University for an undergraduate degree.