A native of Harwinton, Connecticut, Christian Birkenberger is a model, actor, and reality TV star. He became widely known after participating in the 23rd season of CBS’s reality show Big Brother.

Birkenberger is 23 years as of 2021. Some online sources point his birthdate to be on May 15, 1998. He, therefore, celebrates his birthday on the 15th of May every year.

The Big Brother contestant, Birkenberger is quite tall. He stands at a height measurement of 5 feet and 11 inches. 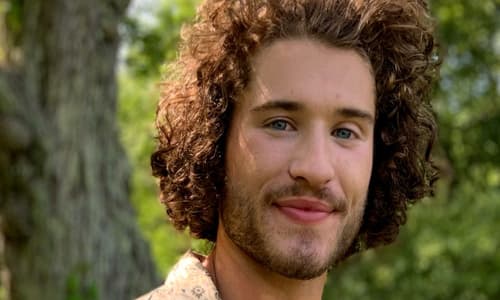 The Big Brother season 23 contestant, Birkenberger is born to his parents; his father named Eric and his mother named Merlanda Madzek Birkenberger. Hi father, Eric was an employee of Nonnewaug High School while his mother, Merlanda works as a comptroller at Sterling Sintered Technologies. Both his parents attended the University of Connecticut. His father studied horticulture at the University.

Christian has a sibling; a sister named Gheslaine, who is currently (2021) residing in Prague, Czech Republic.

Birkenberger revealed that he has had only one girlfriend in the past. As for his current dating status, he has not disclosed if he is dating or single. Once available, this information will be updated.

Birkenberger is one of the 16 contestants of CBS’s reality game show, #BigBrother season 23, which premiered on July 7, 2021. The winner of the Big Brother show will walk away with the grand prize of $500K. When asked about his favorite duo in the  Big Brother history, he said Zack and Frankie. His motto in life is “Sometimes your ice pop falls on a penny.”

On week one, he was picked as the team captain of the Kings Team. The Kings Team members are Alyssa Lopez, Xavier Prather,  and Sarah Steagall. He won his group competition which featured Brent, Derek Xiao, and  Kyland Young.

The other cast members of Big Brother 2021 are:

Birkenberger is a General Contract Assistant as mentioned in his Big Brother CBS bio. He, however, has listed himself as an actor and model on his social media platforms. When it came to his acting and modeling career, he was represented by TRUE  Model Management in NY City, M22mgnt, and Model Club Inc. in Boston, Massachusetts.

The Big Brother contestant is also a co-founder of a fitness club named BurtonBerger Fitness. He founded the fitness club together with his friend.

Birkenberger has an estimated net worth that ranges from $100K to $400K. He is a co-owner of a fitness club and also a  General Contract Assistant (per his CBS Big Brother profile)