Ciara Miller is an American television personality. She gained popularity after appearing as the newest roommate and friend of Luke Gulbranson in the 5th season of the Bravo TV reality series Summer House. In addition, Miller is a model signed by the Salt Agency. 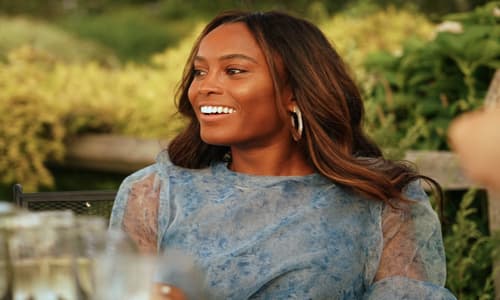 Miller was born and raised in Atlanta by her parents. However, the television personality has not disclosed her parents’ identities or if she has any siblings.

In February 2021, ahead of the premiere of the Bravo TV show, Miller confirmed to US Weekly that she was single. However, Ciara said the only guy she allowed on her socials is her BFF DeVonte’ Prater. Moreover, she also went on to share her past with Luke. The reality star said that she wouldn’t say it was dating but they were pretty good just like kind of going into the summer with zero expectations. She added that they wanted to have fun, meet new people, and make new friends.

The television personality attended Chamberlain University in Illinois and earned a bachelor’s degree in critical care nursing. Moreover, Ciara referred to her graduation as her greatest day ever on an Instagram post. Moreover, in the post, Miller said that it was actually her mom who applied to the nursing school for her.

As an ICU nurse, the television personality has been working on the frontline for the last several months. Despite all of the challenges that come with Ciara’s job, she loves the field. Moreover, Miller has been a nurse at Aya Healthcare in Atlanta since March 2020. In addition, this job required her to work in multiple hospitals across the country for 8 to 13 weeks. Furthermore, the nurse has treated COVID-19 patients at Brooklyn Hospital.

Similarly, Miller worked as a nurse at Piedmont Hospital in Atlanta from August 2018 to March 2020. Additionally, the nurse worked as a patient care technician in the Greenville Health Care Department from July 2017 to January 2018.

Besides the nurse job, the TV star is constantly looking for ways to balance her modeling job. Furthermore, Miller tries to book other concerts through her agent when she is not in the hospital. In addition, Ciara has worked with many model agencies most of which are located in Atlanta, Florida, and Miami.

Miller’s net worth ranges between $100k and $1 million.