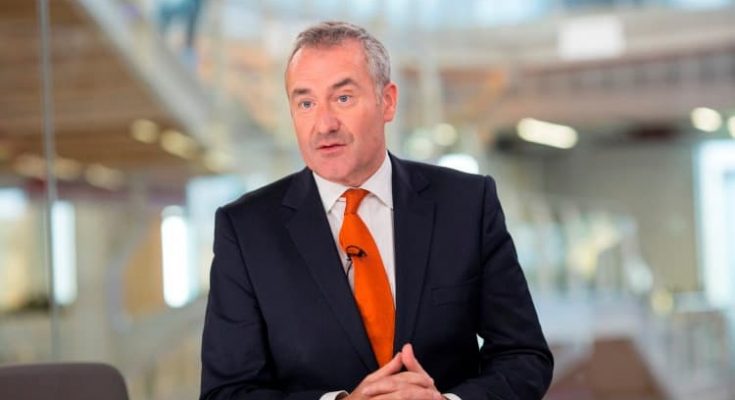 A native of Bradford, West Riding of Yorkshire, England, Colin Brazier is an English journalist and presenter for GB News, having previously worked for Sky News between 1997 and 2021.

Brazier was born and raised by his mother, a nurse in Bradford. He has not shared more about his family.

Brazier has been married to his wife Joanna Roughton from 1999 to July 2018, when she died from breast cancer. Roughton passed away at age 55. They have six children. In 2017, their family was featured on Sky News talking about Sky’s Ocean Rescue campaign.

Brazier attended the Cardiff University, where he studied English literature and was also elected to serve for a year as Communications Officer at Cardiff University Students’ Union. Later, he was trained as a journalist at The Northern Echo and the Yorkshire Post and briefly worked at The Observer.

Brazier worked for the BBC before moving on to ITV. In 1997, he joined Sky News. Additionally, to anchoring studio coverage, his Sky assignments have included politics, the Royal Family, and various international deployments.

His industry achievements include a gold medal for his reporting from Afghanistan at the New York TV awards. Brazier’s documentary, Brothers in Baghdad, was shortlisted at the 48th Monte-Carlo Television Festival after he became the first British journalist to enter Iraq with coalition troops during the 2003 invasion. In 2006, he became the first journalist to accompany Israeli forces into Southern Lebanon.

In 2009, Brazier conducted one of the dictators Muammar Gaddafi’s final interviews. Brazier wrote an essay for the New Statesman on his visit with the tyrant in his Libyan home. For his efforts in Nairobi during the Westgate shopping mall attack and Typhoon Haiyan in the Philippines, he was Sky’s sole candidate in the Royal Television Society Awards Presenter of the Year category in 2014.

Also, for his coverage of the Tunisian terror attacks and the Nepal earthquake, he was nominated for the RTS Awards Presenter of the Year category in 2015. Because, of his coverage of the European migrant crisis, he earned an International Emmy Award and was nominated for a BAFTA in 2016. His live anchoring when rioting broke out on the Serbian/Hungarian border was singled out by the Emmy award judges.

He has appeared in various films as a newsreader, including The Bourne Legacy in 2012. Brazier confirmed his departure from Sky News for GB News in February 2021. On the channel, he will host a noon “news, interview, and debate” program.

Brazier has an estimated net worth that ranges between $1 million to $5 million.