Darrin Dewitt Henson is an American choreographer, producer, actor, director, and dancer. In addition, he was featured on the freestyle music group Trilogy and was a brief member of their group. 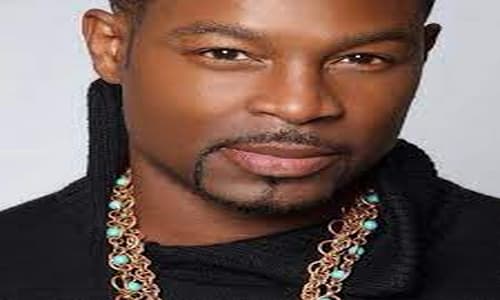 Henson was born in The Bronx, New York, United States to his parents. His father was a professional horse trainer whereas his mother was a homemaker. The choreographer has four siblings, all brothers.

Henson was previously married to his long-term-girlfriend-turned wife Rachelle. However, just six months into their marriage, they parted ways with a divorce. Moreover, the couple shares a child together.

Previously, the actor dated actress Denyce Lawton and their relationship ended a few months later. In addition, the actor got into a relationship with the singer Chante Moore following his failed relationship.

The choreographer is newly married to Taurey Winter Bingham.

The actor attended ‘Prep for Prep’, a nonprofit organization whose vision is to prepare New York City’s top minority students for success in education and in life.

The choregrapher is known for his instructional dance video Darrin’s Dance Grooves. Additionally, he is best known for his portrayal of Lem Van Adams from 2000 until 2004 in the showtime TV series Soul Food. Moreover, the actor was twice nominated for the NAACP Image Award for Outstanding Supporting Actor in a Drama Series for his portrayal as the struggling young husband and father in this series.

Henson has choreographed music videos and concerts for such popular music artists as Backstreet Boys, New Kids on the Block, Jordan Knight, Britney Spears, Hi-Five, 98 Degrees, The Spice Girls, and NSYNC. Moreover, the choreographer is the winner of the 2000 MTV Video Music Award for Best Choreography for “Bye Bye Bye” by NSYNC.

In 2003, the director directed the film Violation and starred in the 2007 motion picture Stomp the Yard.

Furthermore, he co-starred in the Gospel Music Channel’s debut of John Ruffin’s stage play The Ideal Husband in February 2011.

Moreover, the straight-to-DVD film The Inheritance was released in April 2011. Additionally, the actor co-stars in the horror/thriller. Also, he was on the show ‘Being Mary Jane’ in 2014.

Moreover, in the role of Orlando Duncan, he is currently starring in the BET drama series The Family Business.

Henson’s net worth ranges between $5 million and $10 million.