Dave Marrs is a builder, general contractor, and expert craftsman. He is a co-host in the HGTV show Fixer to Fabulous with his wife Jenny who is an interior designer. In the show, they focus on restoring historic homes in their neighborhood of Bentonville, Arkansas. 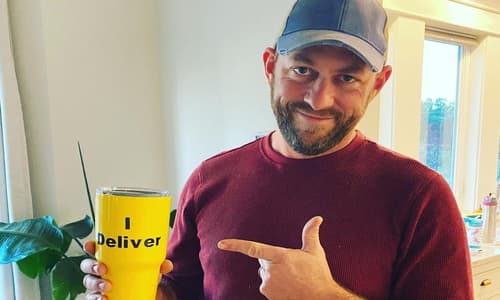 Marrs was born in Kiowa, Colorado, the USA to his parents. However, details about his mother are currently under review. Moreover, he was born in a military family as his father was in the Army. Additionally, he has two siblings, a brother named Matt and a sister.

Moreover, Sylvie is their adopted daughter from the Democratic Republic of Congo from Central Africa. On November 12, 2012, they came across her adoption profile online and started the process. The paperwork was settled in August 2013 and was finally their legal child.

In 2004, in Arkansas, Dave worked as a general contractor but with no success. However, their business boomed with the help of his wife.

With his wife, he co-hosts the show Fixer to Fabulous. It is currently on its third season and airs every Tuesday at  8 PM central time. They have come up with a show featuring behind the scenes of Fixer to Fabulous known as Life on Marrs hence have become fan favorites.

He is an expert craftsman, an all-rounder handyman needed to get the job done and his wife is seen as a creative backbone of the business. The two have completed a significant number of custom new houses collectively.

Marrs net worth is $2 million.