Daya Betty is Trenton’s Clarke stage name, a drag performer, and one of the contestants of RuPaul’s Drag Race season fourteen. In addition, Trenton is a professional Drag Race Performer. 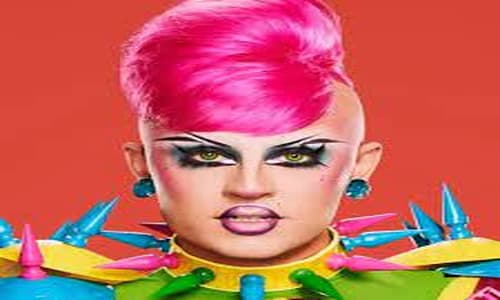 Betty was born in Springfield, Missouri, the United States to her parents. However, The entertainer’s details about her parents and siblings are currently not available. Moreover, her nationality is American.

To some of her struggles as a Type 1 Diabetic, Daya’s drag name is an optimistic nod.

Betty is a Professional American Drag Race Performer and is also a performer and contestant of RuPaul’s Drag Race the fourteenth season.

The edgy six-foot-four goddess is serving 80s-inspired rock star realness hailing from the House of Methyd. Additionally, out of any material she can get her hands on, she is known for crafting incredible looks. Moreover, to claim that crown, she will do whatever it takes to claw her way to the top.

Her entrance line was “You Betty be ready!.
Moreover, when asked about Crystal Methyd, she said, “We don’t like to say drag mom because it ages her”.

She said that people are really shocked to find out that she is sweaty and stinks.
Additionally, she said that she sometimes goes by Betty because it is sexy, and sometimes Diarrhea if she is feeling gross.
Moreover, she said she guesses that she is kind of a human mood ring.

Daya is Crystal Methyd’s sister.
Additionally, the drag queen is the first openly Type 1 Diabetic contestant on RuPaul’s Drag Race.
Following Acid Betty, she is the second contestant with the last name “Betty” to appear on the show.
She shares the same birthday with Alyssa Hunter.