A native of Chicago’s South Shore and West Beverly neighborhoods, Dean Richards is an Emmy-Award-winning American entertainment reporter for WGN-TV and film critic. In addition, he is a longtime radio host for WGN in Chicago. 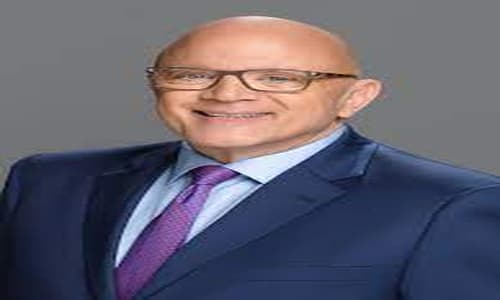 Richards was born in Chicago in the south shore and west Beverly neighborhood to his parents. However, the Emmy award-winning journalist’s details about his parents and siblings are currently unavailable.

The Emmy-award-winning reporter faced a cancer scare when he had his thyroid gland removed in September 2007. Moreover, he has been a long-time supporter of a support organization for cancer survivors founded by Gene Wilder, comedian Gilda Radner’s husband, called Gilda’s Club. He has given over one week of his radio show a year to support the organization and to share with and tell the stories of Gilda’s Club members since the early 2000s.

In 1975, Richards began his radio career. Moreover, he hed a variety of jobs in Chicago at stations like WLTD (now WCGO), WAUR, Aurora; WFYR (now WKSC-FM), WMRO, WCFL (now WMVP), WIND (AM), and WCLR. Moreover, he did voiceover work for WPWR-TV Channel 60 IN 1984. Additionally, he doubled up as operations manager and morning host at the Satellite Music Network, based in Chicago’s southwest suburbs from 1985 until 1990.

He joined WNUA in Chicago as a weekend substitute radio host in 1990. Moreover, he remained at WNUA in May 1991 but took a job as a staff announcer at WGN-TV.

In addition, he was promoted to become WNUA’s morning host in July 1991 after its previous morning host, Yvonne Daniels died. However, his contract was not renewed at WNUA in the summer of 1994. He became a fill-in radio host at WGN (AM) in Chicago almost immediately after leaving WNUA. The station gave him a Sunday afternoon program of his own in December 1994.

Moreover, he was promoted to become WGN’s production director in the spring of 1995 primarily overseeing the production of radio commercials. He was given a Saturday afternoon shift at WGN as well by October 1995. Additionally, he successfully persuaded Chicago officials in 1998 to rename a portion of Addison street in Chicago near the WGN-TV studios after Bob Bell. Bell played Bozo the Clown on WGN-TV from 1960 until 1984.

Furthermore, he debuted as a Sunday morning radio host on WGN in January 1999. He began delivering weekly theater reviews on noon newscasts WGN-TV in Chicago in January 2000. Moreover, he was a part of the regular rotation of hosts of Illinois Lottery drawings at the time.

He switched to delivering his weekly theater reviews on WGN-TV’s morning newscasts in 2001. Moreover, he began covering show business for WGN-TV in 2004 including conducting hundreds of celebrity interviews. However, his production duties were cut at WGN-AM radio in January 2010.

Richards has won over 30 local and national awards for programming and production since joining WGN-AM.