Derynn Paige born Derynn Scine is a reality television personality and model. She rose to fame after competing on MTV’s dating show Double Shot at Love vying for the heart of Jersey Shore alum Pauly D. 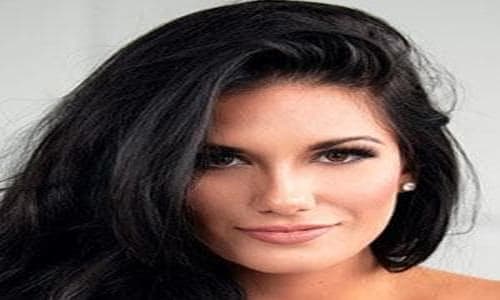 Paige was born in New Jersey to her parents Leanne M Scine and Don Scine both of whom are in the real estate business. In addition, her mother works at Keller Williams whereas, at Terrie O’Connor Realtor, her father works as a sales associate.

Moreover, details about her siblings are currently under review.

Paige and Pretty Ricky started a relationship together during the second season of Double Shot at Love. They had decided to keep their relationship open and long-distance. Unfortunately, Pretty Ricky did not do so. Paige’s friend sent her a TikTok of him and his girlfriend he had not told her about.

Paige studied in an all-girls school at the Immaculate Herat Academy in Washington Township. Together with her science teacher Lisamarie Perini created an environment club, Go Green Revolution during her time in the school. She and her teacher were honored with Environment Excellence by the governor of NJ in 20210 for this work.

In addition, she joined the Parsons School of Design in Los Angeles after graduating from college in 2015.

Paige was once on a verge of becoming a great golfer. She used to play golf while studying in high school and participated in several competitions.

She participated in six competitions once in 2011 alone. For an amateur, her scores were under 60 which is terrific.

Paige had a lot of side hustles prior to becoming a country-famous star. She was a full-time nanny, a bartender, and a bottle service on weekdays around the time she graduated from college. In addition, in 2015, she started an online T-shirt store named Goddess of Easton.

She also worked part-time in various positions while studying in college. From September 2012 to December 2012, she was an intern at Icons Boutique, LLC. Subsequently, from May 2013 to October 2013, she started working as a Sales Associate at Anthropologie.

She is a party host and hosted a party for College Babes in December 2019.

Paige did a fundraiser for the St. Jude Children’s Research on the occasion of her birthday in August 2020. It is a children’s cancer treating hospital.

The research center has been able to increase the survival rate of children suffering from cancer from 20% to 80% since its inception.

Paige is appearing on the MTV show Double Shot at Love since 2019. She became a fan favorite with her unapologetic attitude and her nature to prank just about anybody from the beginning of the series. She claims and admits to being bats-t crazy. However, she neither had any acting nor modeling career before entering the show.

She did not give any audition to join the show. However, she was Dm’e by Hedrich Files Podcast Casting agents of the show after they found her via her Instagram account. She did not have any idea what the signing up was for. She decide to get on with the show to get back on her ex-boyfriend because she was just out of a relationship.

A terrible setback sent her plan of getting married at 25 years on the wayside. Consequently, her dreams were crushed by her then-boo who cheated on her reportedly.

Paige’s net worth is approximately $1.5 million.