A native of Colorado Elizabeth Corrigan is a real estate agent from Colorado. She is a television star best known for appearing on ABC’s The Bachelor season 26 starring Clayton Echard. In addition, she is a banker. 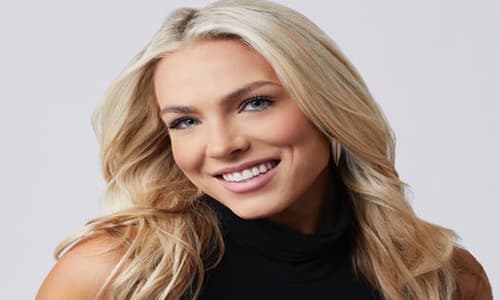 Corrigan was born and raised in Denver, Colorado to her parents Mike (father) and Heje (mother). Additionally, her mother is a talented artist who showcases her works at Abloom gallery. She gets support from her parents. However, the star’s details about her siblings are currently under review and we will update this section as soon as they are out.

As of now, Corrigan is single. However, she is one of the contestants in the dating show, The Bachelor looking for love. Besides, she is looking for someone to keep life fun and boujee as well as a partner who reciprocates and appreciates her professional tenacity.

Corrigan was a well-known real estate advisor before she was known as a contestant on The Bachelor. In addition, her rezl estate career began in March 2021. This was after working in banking for more than seven years according to her LinkedIn account. In 2014, she started her career as a banker while working for Wells Fargo. However, she began a new position at JPMorgan Chase & Co as a Private Client Banker after working at Wells Fargo for two and a half years.

However, in 2021, the 32-year-old decided to make a career change and decided to work in real estate. Moreover, she got her first job as an agent at Thrive Real Estate Group in Denver for 10 months. In addition, she got a position at another agency, Your Castle Real Estate agent.

The Colorado native also has a taste for finer things in life besides her hustling career. According to her ABC bio, Elizabeth loves wine tasting as well as travel. Additionally, she self-admittedly likes a more  extravagant and luxurious lifestyle.

Corrigan is a contestant in the ABC dating show The Bachelor season 26 starring Clayton Echard, a medical sales representative. She is looking for a guy who will not only join in on her upscale adventures but will also willingly keep up with her. Moreover, her Instagram is evident of her boujee lifestyle. Additionally, during a trip she took to France in 2017, she shared a photo of a torn-down castle. In addition, she likes to frequent fancy restaurants with her friends and family.