Elle Jordan Danjean is an American dancer, social media personality, singer, and TikTok star. Danjean is best known as a dancer in the NRG Dance Project Prodigy Dancers for the 2016 Tour. In addition, the dancer began her career as a member of the ‘Northwest Florida Ballet’. Moreover, she has also been part of the ‘Robert Prescott Lee Dance Tour’. 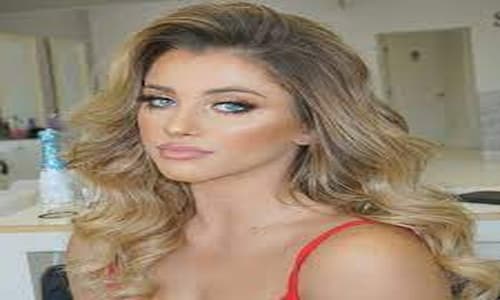 Danjean was born in Florida, the United States to her parents. However, the social media personality has not disclosed her parent’s identities. In addition, in 2016, Elle was photographed with her brother. However, it is also not clear if she has any other siblings or not.

The talented dancer has always been interested in performing arts. The social media personality and dancer began her dance and vocal lessons at a tender age. In addition, she initially learned singing from a teacher by the name of Miss Caroline but later, made her career as a dancer.

Moreover, the social media personality started her career as a member of the Northwest Florida Ballet, a nonprofit organization that provides world-class ballet performances and training. Here, she remained in the organization for six years. Furthermore, in 2006, she had a brief appearance in the romantic dance film ‘Step It Up’.

In addition, in 2016, the dancer participated in two prestigious dance tours: the NRG Dance Project Prodigy Dancers Tour, and the Robert Prescott Lee Dance Tour. Elle represented ‘Alfonso Academy’ at the Stagione National Dance Competition’ in January 2017 in Mobile, Alabama. Moreover, it is a private academic and dance center located in Destin, Florida. Additionally, her dance routine in the competition was titled ‘Personify’ and earned her 2nd place in the ‘Teen Solo’ contest at the elite level. Moreover, the dance also won her the Special Achievement Award.

Moreover, in the routine titled ‘Interlaced’, she teamed up with Addison Jenrich, the first overall ‘Teen Solo’ and the routine won 1st place overall in the teen duo/trio elite level. Additionally, it was also a special achievement award for the choreography. The two also earned second place overall for their lyrical dance performance called ‘Beautiful Things’. Furthermore, due to the duo’s remarkable precision in their choreography, the dance won the special achievement award.

The dancer’s and Addison’s ‘Interlaced’ won the honors of the highest-scoring routine for the entire week and the Best of the Best Battle in the Elite Grand Championship Gala of the PlatinumNational Dance Competition in June 2017. In addition, the routine had a ‘High Gold Award’ earlier in the month of February.

Furthermore, she represented Alfonso Academy’s New Light Dance Project’. Moreover, she was also part of the 2016-2017 ‘SC Nationals in Myrtle Beach. Elle won the ‘Miss Senior’ title for her dance routine on ‘Distal Points Expanding through Molecular Structure. Additionally, along with the title, the routine earned Danjean a full-year scholarship for the 2017-2018 ‘Find Your Truth Tour’. In addition, the dancer bagged the ‘Solo StarMaker Letterman’s Jacket’. Danjean received a ‘Pace University Intensive Scholarship’ as part of the New Light Dance Project.

Moreover, Elle won a full scholarship to the ‘One Dance Intensive’, an Oklahoma-based dance studio. Also, she won the ‘Special Achievement Award’ for the choreography of her contemporary solo dance routine titled ‘Falling Short’.

Furthermore, in March 2017, together with her teammates from ‘The Alfonso Academy group was the ‘Top First Overall’. Moreover, they also bagged first place in the ‘Teen Competition Elite Small Group’ category and the judges’ Choice/Special Award’ for technique.

Elle is currently focusing on polishing her dance skills and working on ways to add versatility to her choreography. Moreover, Danjean has coached at various dancing classes and clubs.

Elle is active on Instagram with over 238k followers where she posts jaw-dropping pictures.