Born in Orlando, Florida, U.S.A, Faysal  Shafaat is a television personality famed for being a contestant on Big Brother season 20 (2018),  Challenge 36, and The Challenge: Double Agents. Fessy is also a fitness enthusiast and a former  University football player. The reality star is nicknamed Fessy. 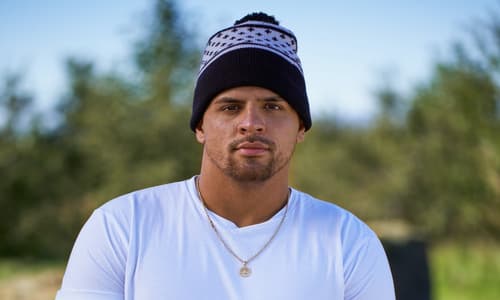 The television personality, Faysal, studied his high school education at Orlando Lutheran Academy. He played football and basketball in his high school years and was once named the league MVP and first-team all-district as a junior.

Shafaat attended the University of Tennessee under a sports scholarship where he graduated with a degree in psychology in 2014. While at the university, he played football which saw him as a two-time All American Conference and three-time All-Southern Conference. In his senior year, he tore his ACL joint, taking him two years to recover hence missing the chance to the NFL.

Shafaat is born to Michelle and Rizvan Shafaat. He has two siblings, a younger brother named Imran and a sister named Alia. The reality TV star is close to his family as he is seen often expressing his love for them on his social media pages.

Shafaat is of Far-East Asian ethnicity with Muslim ancestry. Born in the United States, he is American.

Shafaat dated Haleigh Broucher, his Big Brother co-star. The pair dated for nearly two years before announcing a breakup in July 2020. Haleigh announced the breakup on her Instagram and Twitter accounts stating that “they could not no longer maintain their long-distance relationship anymore”, and the “constant pressures on line” was also giving them problems.

Following the airing of the January 6 episode of The Challenge: Double Agents, Haleigh Broucher went on to claim that the two were still dating when he left to film Challenge 36 show. Broucher claimed that she went apartment shopping and wanted to start a new life together with him and that she was planning to pick him up from the airport after filming but instead, she got a call telling her otherwise.

Fessy, however, refuted the claims in a Patreon video, opening up about their breakup for the first time. In the video, he said that she had broken up with Haleigh before he went filming for Challenge 36. That he wanted to look for a bigger apartment for both of them but she wanted him to move into her apartment, and also her family and friends did not like it as he had to sit by himself at her graduation, and that upset him. In addition, Faysal said that he wanted the relationship to work and they tried before he went filming.

The Challenge 36 competitor was also rumored to be dating Tori Deal, a co-star in Challenge 36. The two were reportedly spotted together on vacation after the filming for Challenge 36 ended. Shafaat however, denied the claims that the two were dating.

Shafaat worked as a substitute teacher before his television fame. He is now a television reality star having featured in Big Brother 2018, Challenge 35, and Challenge 36; The Challenge: Double Agents.