Born Glen Thomas Powell Jr., Glen Powell is an award-winning American actor, writer, and producer. The actor began his career with guest roles on television and small roles in films such as The Dark Knight Rises and The Expandables 3. This was before making his breakthrough performance as Chad Radwell in the Fox comedy-horror series Scream Queens. 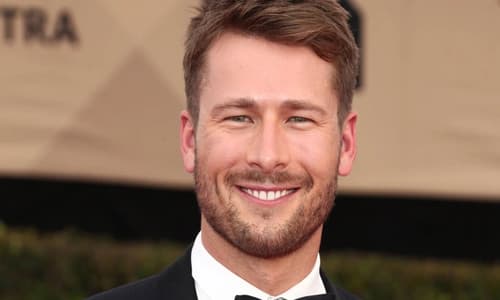 Powell was born in Austin, Texas to his parents Glen Powell Sr. (father) and Cyndy (mother). Moreover, Powell’s father is also an actor. In addition, Glen has two siblings, all sisters namely, Lauren and Leslie. He is multi-ethnic (Polish, English, Welsh, and German). Moreover, he holds American citizenship.

Powell previously dated Nina Dobrev, an actress from 2016 to 2017. Additionally, in November 2018, the actor was dating Renee Bargh, a television host according to the US Weekly. However, Powell has not disclosed who he is currently dating.

Powell attended Westwood High School and the University of Texas at Austin for his formal education. In addition, Glen took acting courses alongside his studies.

Powell started by working with Antonio Banderas and Sylvester Stallone in Spy Kids 3-D: Game Over. Moreover, in 2007, before the actor’s first year of college, he landed a role in The Great Debaters.

Additionally, since moving to Los Angeles, Glen has starred in television series such as Scream Queens, Into the West, Jack & Bobby, CSI: Miami, NCIS, Without a Trace, Rizzoli & Isles, and The Lying Game. He appeared in the feature films The Expendables 3, Ride Along 2, Sex Ed, Stuck in Love as well as The Dark Knight Rises.

Furthermore, the actor co-starred as Finnegan in Everybody Wants Some!! Moreover, Powell also starred in Set It Up, a romantic comedy on Netflix.