Born Grey DeLisle, Grey Griffin is an American voice actress, singer-songwriter, and comedian. She is best known for various roles in animated productions and video games. In addition, she released her debut comedy act titled My First Comedy Special on September 27, 2018 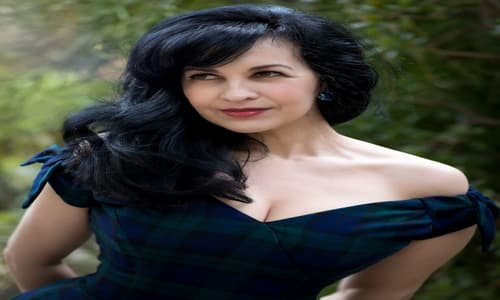 Griffin was born in Fort Ord National Monument, California, the United States to her parents. Her father’s name is George Van Oosbree and Joanna Ruth is her mother’s name. In addition, she has one sibling, a younger brother.

Grifin was first married to Christopher DeLisle in 1992 and divorced in 1993.

However, she later married Murry Hammond in 2002 and they separated in 2010.

Griffin started singing old gospel tunes in her late teens. On the advice of a friend, she entered the world of comedy. She imitated voices in her comedy routine. She was advised to take up voice acting after her impressions earned the attention of a casting director. In addition, she took classes in voice-overs but went back to her musical ambitions. Later she began working with Sandy Schnarr, a talent agent.

In addition, she began voicing Daphne Blake in the Scooby-Doo franchise. She inherited her role from her friend and teacher Mary Kay Bergman following her suicide. She set the bar very high and credited the work for helping her maintain her music career. However, Warner Bros announced in 2019 that Amanda Seyfried would be voicing Daphne in the animated film Scoob! instead of Griffin.

With her nose doctored to be larger than actually is, she appeared as the woman on the upper-right corner of the cover art for the 2017 Nintendo Switch game 1-2 Switch. Moreover, she has also done modeling.

Griffin’s net worth is $5 million.