Halle Lynn Bailey is an American actress, singer, and songwriter best known for being one half of the musical duo Chloe x Halle with her sister Chloe Bailey. Moreover, together they have earned five Grammy Award nominations since 2018. 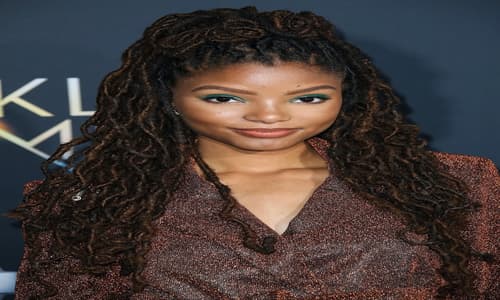 Bailey was born in Atlanta, Georgia, the USA to her parents Doug (father) and Courtney (mother). Moreover, she has two siblings, a sister named Chloe and a brother named Branson. Additionally, she and her sister make the duo Chloe x Halle. Her other siblings are Branson and Ski.

The actress was publicly seen hanging out with DDG, born Darryl Dwayne Granberry Jr., a rapper and YouTuber although she has kept her private life lowkey.

The actress was born and raised in Georgia alongside her sister Chloe. However, her family relocated to Los Angeles when she was twelve years old. Moreover, she had landed several acting roles and played minor roles in several Disney films by then.

Her father taught her and her sister how to write music when she was ten. Moreover, they launched their YouTube Channel when she turned 11. Their distinctive musical style was influenced by their love for jazz and the duo used to listen to Billie Holiday. They focused on growing the audience hence their first videos were cover songs. Beyonce’s Best Thing I Never Did was their first cover.

Additionally, the duo posted a cover of Beyonce’s Pretty Hurts in 2013 and it went viral. Moreover, Parkwood Entertainment, the star’s record label reached out to them a week later and signed them. Do It and Forgive Me are the most common songs. The duo dropped two studio albums since Beyonce discovered them.

Also, they have performed at the Obama White House and have also featured on Kenya Barris’ sitcom Grown-ish.

The actress teased her audience with her new project ‘Little Mermaid’ on 13th July 2021. Moreover, in the live-action remake, she features Ariel. Additionally, the remake of Little Mermaid recently wrapped up its production according to the star’s Instagram.

Moreover, after she was cast Ariel, the final warp on production comes close to two years. She also thanks her co-stars in the caption.

Bailey’s net worth is $2 million.