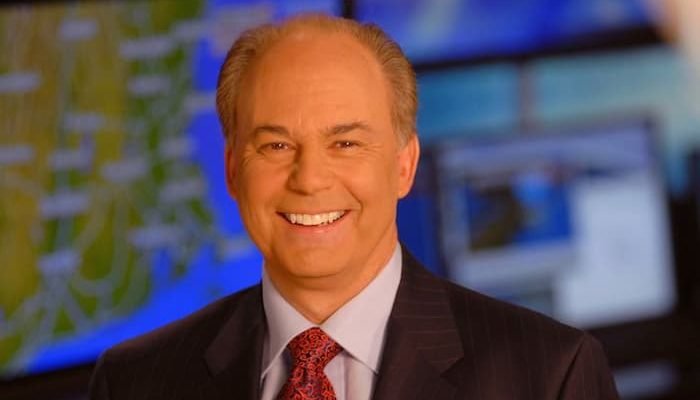 He forecasts for NewsCenter 5’s early evening and late newscasts, and also the station’s website, www.WCVB.com.

Leonard was born in 1949 but has not yet disclosed specifics about the date and month. He is 72 years old as of 2021.

Leonard likes to keep his personal life private hence has not yet disclosed any information about his parents or siblings.

Leonard is a married man who lives in Natick, Massachusetts with his wife and family. The couple has two daughters and five grandchildren.

Leonard started his forecasting career as a meteorologist at Universal Weather Services, Inc, where he prepared aviation and industry predictions. He has garnered multiple accolades in his illustrious career and is widely recognized as one of Boston’s greatest meteorologists. Among the highlights, he was named the 2019 Broadcaster of the Year by the Massachusetts Broadcasters Association (MBA), an award given annually to an industry leader in radio or television who demonstrates an unwavering commitment to the evolution of broadcasting while demonstrating an outstanding commitment to their community.

He was also inducted into the 2018 Massachusetts Broadcasters Hall of Fame, an honor given to persons who have made remarkable contributions to the broadcasting business in Massachusetts. Also, he received the prestigious Governor’s Award for Lifetime Achievement at the 2016 Boston/New England Emmys. In 2025, he was named “Best Weatherperson” in the People’s Choice category by Boston Magazine, marking the fifth time in his career that the magazine’s readers have given him this accolade.

The Improper Bostonian has previously named him the Hub’s “favorite forecaster.” Additionally, Leonard won four New England Emmy Awards for exceptional excellence in weathercasts on television. For more than twenty-five years of broadcast excellence, he received the Silver Circle Award from NATSNE (National Academy of Arts and Sciences New England Chapter) in 2003.

He is a Fellow of the American Meteorologist Society, and a Broadcast Meteorologist presented him with the renowned Outstanding Service Award, which recognized and complimented his work on a national level. Leonard is renowned for being the first meteorologist to correctly anticipate the Blizzard of ’78’s severity and intensity.

The Huntington’s Disease Society of America is a cause close to Leonard’s heart. He’s been a part of multiple Alzheimer’s charity events as a co-master of ceremonies. He has also served as a mentor to a number of young meteorologists. Several of his protégés now work as on-air meteorologists in markets all around the country.

Leonard has an estimated net worth of $2.5 million.