Henry William Dalgliesh Cavill is a British actor. He is best known for his portrayal of Geralt of Rivia in the Netflix fantasy series The Witcher as well as Charles Brandon in Showtime’s The Tudors. In addition, he is also famous for portraying Sherlock Holmes in the Netflix film Enola Holmes. 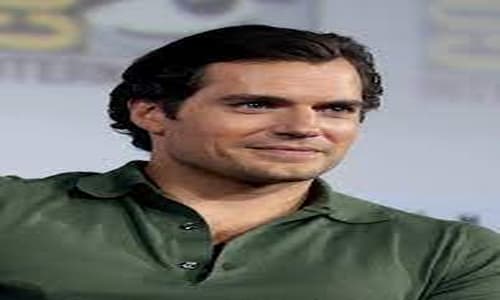 Cavill was born in Saint Helier, Jersey, the Channel Islands to his parents Colin (father) and Marianne (mother). Moreover, his mother was a bank secretary whereas his father was a stockbroker. Additionally, with four brothers, he is the second youngest. His siblings’ names are Charlie, Niki Richard Dalgliesh, Piers, and Simon.

Cavill has been in a romantic relationship with his girlfriend Natalie Viscuso. However, they have shared little glimpses here and there of their partnership although they have kept it private.

Before attending Stowe School in Stowe, Buckinghamshire, he was educated at St Michael’s Preparatory School in Saint Saviour, Jersey.

Cavill’s interest in acting started with school play renditions of A Midsummer Night’s Dream’ and Sonny LaTierri in ‘Grease’ at an early age. Moreover, in the BBC documentary ’40 Minutes’, he starred and directed Shakespeare’s ‘Hamlet”. Casting directors were looking for a young boy to play Albert Mondego in The Count of Monte Cristo (2002) when they discovered him at the age of 17. Additionally, he starred in Vandetta (2001). Also, in the BBC’s Inspector Lynley Mysteries (2001), he appeared. He also appeared in the television film Goodbye, Mr. Chips (2002) as well as the television series Midsomer Murders (1997).

It was announced that Cavill would portray the protagonist Geralt of Rivia in the Netflix adaptation The Witcher on September 4, 2018.

moreover, on June 27, 2019, it was announced that he would portray Sherlock Holmes in The Enola Holmes Mysteries. He also reprised his role in Enola Holmes 2. Furthermore, he portrayed the lead role in the reboot of Highlander. He also joined an-all star cast in the film Argyle. Moreover, he would also star in The Rosie Project.

Cavill’s net worth is $40 million.