Jack Rogan is a singer and songwriter who rose to popularity after his appearance on the NBC reality show, The Voice season 21. Rogan is currently studying business at Monroe Community College in addition to working at a nursing home.

The Voice contestant, Rogan, stands at a height measurement of 5 feet and 9 inches. 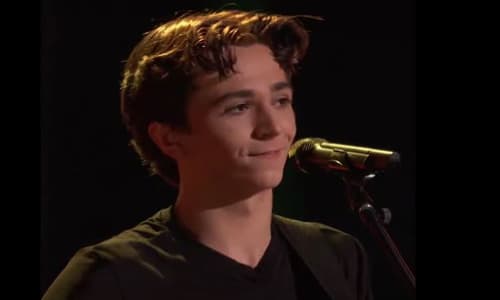 Rogan was born to his parents in Webster, New York. He comes from a family surrounded by music according to his NBC profile.  The singer has five siblings; older brothers and a younger brother. His NBC bio reveals that he and his siblings/older brothers were homeschooled.

Rogan has kept information about his personal life private. He has not shared information on whether he has a girlfriend/dating or not.

Rogan performed House of The Rising Sun by the Animals for his blind auditions. His performance was impressive enough to have judge Kelly and Judge John Legend turn their chair in the first few seconds. The judges were full of praises for the singer but in the end, he could only choose one to be his coach for the remainder of the season. The singer chose Team John.

The Voice season 21 contestants include:

Rogan is in the early stages of establishing his music career. Though the singer has worked other jobs, The Voice is his first stage to perform.