Jamie-Lynn Sigler is an American singer and actress. Her role as Meadow on the HBO series The Sopranos brought her into the limelight. 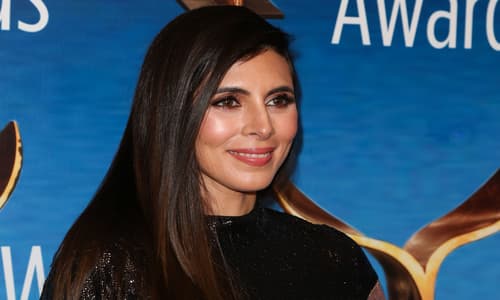 Sigler’s parents are Steve (father) and Connie (mother). In addition, her father was the founder of the Men’s Senior Baseball League. She has two brothers, Adam and Brian. She is Cuban Descent from her mother and Sephardic Jewish and Ashkenazi Jewish descent from her father.

Sigler had been married to Abraxas ‘A. J.’ DiScala whom they separated in September 2005. The two met while she was 19 years old and dated before she turned 21. They married on 11th July 2003.

She met Cutter Dykstra(a pro baseball player) through mutual friends in 2012. They got engaged on 28th January 2013 and married on 16th January 2016. She confided in him that she had been diagnosed with Multiple Sclerosis (MS) at age 20 and he was not fazed. He is been so supportive of her and says he wants to always be there for her and know what she is going through. He also added that he does not want her to hold it in. Moreover, they have a son together by the name Beau Kyle Dykstra born on 28th August 2013, and hopes to give him a sibling.

Sigler attended Jericho High School. Prior to joining university, she had joined Cultural Arts Playhouse in Old Bethpage, New York. However, she left New York University after her first semester.

Sigler began acting and singing since she was age 7. She started in the New York regional theater. In addition, she has starred in over two dozen theatrical productions since then. They include Gypsy, The Wiz, The Sound of Music, Annie, and The Wizard of Oz. Moreover, she played the lead opposite Eartha Kitt starring in the touring production of Richard Rodgers and Oscar Hammerstein II’s Cinderella in the summer of 2001. In addition, from October 2002 through February 2003, she made her Broadway debut starring as Belle in Disney’s Broadway production of Beauty and the Beast.

Additionally, she starred as Meadow Soprano in the critically acclaimed HBO original series The Sopranos in 1999 beyond her theatrical appearances. She received the Hollywood Reporter Young Star Awards in 1999 and 2000 in a Dramatic Television series for Best Young Actress. She was also nominated for both 2001 and 2002 ALMA for her work. Furthermore, she has a SAG Award for The Sopranos (1999) Best Ensemble Cast.

In 2004,  in the USA Network’s two-hour original movie Call Me: The Rise and Fall of Heidi Fleiss, she starred as former Hollywood madam Heidi Fleiss. In addition, she starred in the music video for Mariah Carey’s single, Through the Rain, and recently completed her first feature film, Extreme Dating in 2005.

She is also a spokesperson for the National Eating Disorders Association. In 1999, she battled an eating disorder while starring on The Sopranos. Furthermore, she published her revealing autobiography in 2002, Wise Girl (pocketbooks) to rave reviews. Her recovery from Lyme Disease has given her a fresh outlook on her work and her life.