Jamie Skaar is an entrepreneur and a Biotech CEO for SanctuAire and Sol Solutions Today. He is also a television reality star known for appearing in ABC’s dating reality series Bachelorette season 18 starring  Michelle Young. Skaar founded SantuAire, a Biotech that offers an indoor purification system for clean air.

Skaar is a very tall guy. He stands at a height measurement of around 6 feet 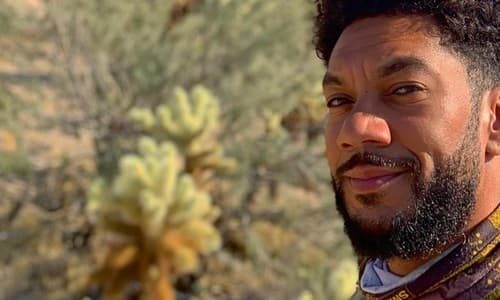 In one of his Instagram posts, Skaar reveals that he was “raised predominately by women.” He has a very close relationship with his mother. The Bachelorette contestant has a sister named Teila Reene whom he praised as his best friend and confidant.

Skaar was single as of July 2021. He was one of the cast members of Bachelorette season 18 starring Michelle Young.

Skaar attended the University of Washington where he graduated with a Bachelor’s Degree in Cognitive Psychology and Psycholinguistics. Prior to that, he studied International Business at Richmond, The American International University in London.

Skaar is one of the contestants of ABC’s reality dating show, Bachelorette (season 18) starring Michelle Young. Michelle Young is an elementary school teacher who was born in St. Louis Park, Minnesota. She is 28 years old as of October 2021.  Young was a contestant of Bachelor season 25 which starred Matt James. She finished as a runner-up.

Skaar is looking for a woman who is “independent, driven, and always ready to head out for dinner at the newest local hot spot. For Jamie, life is about valuing cultural experiences and making memories, so hopefully, Michelle is up for the ride!” (Source: ABC bachelorette Profile)

Skaar is an entrepreneur;  He is the founder and the CEO of SanctuAire which offers an indoor purification system for clean air. SanctuAire was founded in March 2020.  The entrepreneur also founded Sol  Solutions Today, a Biotech whose solutions focus on home health, performance, and longevity.

Skaar has an estimated net worth of around $1million- $ 5 million.  He is the founder and the CEO of a Biotech, Sol Solutions Today. He is also the founder and CEO of SanctuAire.

Jamie is active on Instagram. His Instagram handle is @jamieskaar24. He had over 1800 followers as of October 2021.