Jane Noury is an American actress, model, producer, filmmaker, and cinematographer. She is starring in the four-part transgender documentary series, Always Jane on Amazon Prime. In addition, she has been working with Rihanna’s lingerie brand, Savage X Fenty show Volume 3 as a model.

Noury’s height is 5 feet 9 inches (approximately 175 centimeters). However, hr other body measurements are currently under review. 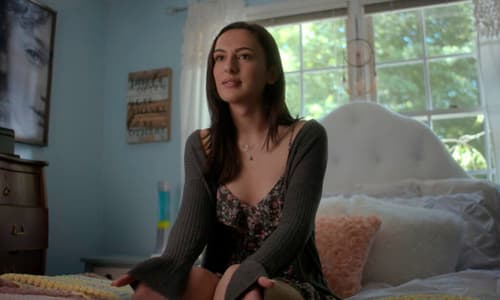 Noury is Laura (mother) and David’s (father) middle daughter. Moreover, she has two sisters named Emma and Mae. In addition, she casts the series with her parents and Gabriel Golam (grandfather).

Through her transition journey, she has received massive and steady support and unconditional love. According to her Instagram post, her transitioning journey of finding her authentic self got easier with her family’s support and acceptance.

Noury is currently studying film at the School of Visual Arts in New York City.

Noury’s story in Always Jane is deeply personal and universal. It is based on her life for the past two years. The story is about how they worked as a family unit and focuses on her story and her family’s story. She added that it is about the love and acceptance of a transgender child.

It is a documentary about the love and acceptance of a family and finding one’s true self. She continued that it is about being happy with one’s true self and confident in one’s true self. At the age of 15, she came out as trans. She met Jonathan C. Hyde as she began to pursue modeling. Inspired by her story, Hyde went on to direct Always Jane. In addition, she appeared in Savage X Fenty Show Vol.3 in 2021.

Noury is very familiar with the journey to self-realization. The sudden physical changes during puberty in middle school led to a major depression because she was raised and grew up as a boy. She added that she did not understand and identify with her body anymore. It got worse and from one to ten, like being a happy child to get good grades and have fun as she was starting to go through puberty.

She was not talking and did not have any friends and she closed off with her family. She was in a very dark place and was bullied. Unfortunately, because it was rough, she contemplated suicide.

She found the support she needed to figure out what she was experiencing with the help of doctors, therapists, and her close-knit family. She was seeing medical professionals going to therapy and took it day by day. Because everyone’s journey is a different journey, they took all the steps they needed to understand to learn to get a better idea about what she wanted out of her transition. It was a long road because it is one’s preference on what is going to make them feel themselves hence no one goes the same route.

There was a process after she came out. Moreover, she could not speak or talk and it was not exactly ok. Being open and rediscovering herself, she had time to heal from all the trauma that she was going through. She also said that it was not just her journey and that her friends, family, and the community were going through a journey.

After a dark life

Additionally, she said that everyone was changing along with her, changing the way they spoke to her. They spoke to her with her pronouns, her name, and how they were treating her. As a young girl turning into a young woman, she was learning how to put on makeup, and how to dress. Also, she was learning how to try on new different clothes and experience new things and rediscover herself again.

To get comfortable with all she had been through, it took her several years. Until her senior year of high school, she was not comfortable talking about being trans to a point where she now has a whole show coming out. To really be able to find her voice again, it took a lot of time to really understand herself.

It feels like a full-circle moment for Noury after the release of Always Jane. It was shot over the course of nearly two years from December 2019 through May 2021. Now she gets to offer comfort and solace to others. She used to get it from watching movies and shows that depict the trans experience.

Moreover, she wishes she could go back and hug herself and tell herself that everything is gonna be fine. Also, she also wishes that she could take all that pain away that she went through which was a learning experience. She is so much more grateful for the life that she is living and have. She went through pain and suffering at a young age.

However, she hopes that anyone can see and feel a connection who is like a little old her going through something really tough. If they don’t feel accepted, or feel not at one with themselves. Whether they are under the rainbow or they are trans.

In the same way, YouTube star Gigi Gorgeous was to Noury when she was younger, she will likely be a role model. She kept on scrolling down a video sent to her by her friend and then found out her coming out as a trans woman.