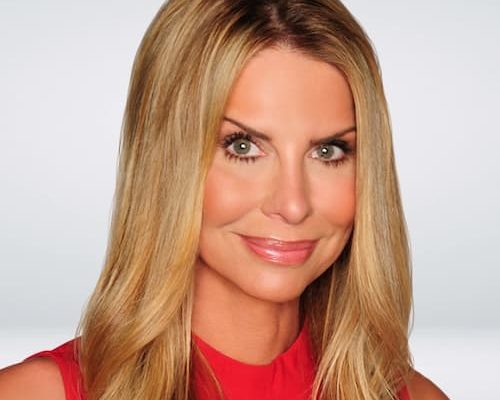 Jennifer Gould is an American TV producer and an award-winning journalist/broadcaster currently covering the KTLA 5 morning news in Los Angeles.

She served as a sports anchor and reporter at KTTV-TV; covering the NBA, MLB, NFL, and NHL, and has over 20 years of experience in broadcasts from breaking news and highlights to the wide world of health, sports, and entertainment.

Gould likes to keep her personal life private hence has not yet disclosed any information about her parents or siblings.

Gould has been married to her husband Mark Kriski, a KTLA colleague since September 24, 2011. This was after they got engaged on May 18, 2011.

Gould attended the University of Southern California where she earned her degrees in broadcast journalism and political science.

As a criminal reporter/contributor on the Investigation Discovery network, Gould also appeared in multiple episodes of the true-crime series “My Dirty Little Secret.” She was a sports anchor/reporter at Fox-11 before joining KTLA. She covered the NBA, MLB, NFL, and NHL, as well as producing and anchoring the fitness franchise “Better Bodies.”

Gould also wrote reports for “Jenn-X,” an interactive extreme sports feature she designed and produced. In 2003, her foresight earned her a Golden Mike award for “Best Sports Reporting.” The Los Angeles Press Club honored her as well.

She anchors the weekend newscasts for Fox-11’s sister station, UPN-13, while working as a sports anchor/reporter for Fox-11. Gould is bilingual, and when she began her career, she worked two full-time jobs, one at the ABC station KSWT and the other at Telemundo Cable Network, where she produced and hosted Spanish-language news. Later, she moved to KOLD-TV the CBS affiliate in Tucson as a weekend anchor/general assignment reporter.

Gould moved from Arizona to WFOR-TV in Miami, Florida, which is owned by CBS. She covered everything from the 2000 Presidential Election vote struggle to the Elian Gonzalez international custody fight between the US and Cuba, to the assassination of fashion designer Gianni Versace and the ValuJet plane tragedy. Also, she co-hosted the 1997 Marlin’s World Series Victory Parade and filed feature reports during the Doral Ryder Open Golf Tournament.

Gould received the Simon Wiesenthal Center’s “National Leader of the Future Award” for assisting in the placement of 22 children in loving homes. She has also authored “The Missing Piece,” a semi-autobiographical book about adoption. Her humanitarian efforts on behalf of adoption have been acknowledged by the state of Florida, Florida Governor Jeb Bush, and former President Bill Clinton.

Gould has an estimated net worth that ranges between $1 million $5 million.