Jim and Sasha Allen is a  father/ son musical duo of a father (Jim) and Son (Sasha). The two are singers and songwriters from Newtown, Connecticut. The appeared on the 21st season of NBC’s singing reality show, The Voice. 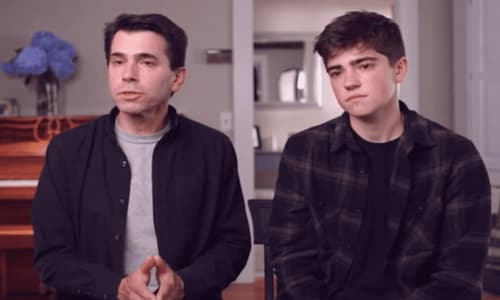 The music teacher, Jim, is the father of Sasha Allen of The Voice season 21. Jim grew up playing in various folk and bluegrass bands and went on to become a music teacher and then a father. He taught his son, Sasha how to play guitar at 6 years old and soon after, Sasha was joining Jim on stage at his gigs. Sasha didn’t have an easy childhood, but music was always the constant that kept him going. At the start of high school, Sasha came out as transgender. Those were difficult years, but Sasha knew with the support of his family and music he could handle anything. Jim and Sasha, both songwriters, have recently become an official duo and have been playing at open mics and other local venues. Outside of music, Sasha is an avid artist and makes money selling his drawings (source: NBC)

Jim and Sasha appeared as a  father/son duo in the 21st season of NBC’s singing competition, The Voice. The season which is judged by Ariana Grande, John Legend, Kelly Clarkson, and Blake Shelton premiered on September 20, 2021. The duo performed Leaving on a Jet Plane by John Denver which saw judges Ariana and Kelly Clarkson turn their chairs. The judges were moved by the background story of Sasha who transitioned from a girl to a boy. The father/son duo ultimately picked Team Ariana to work with as they progress to the next round/s.

Jim who is a music teacher, together with his son has been playing open mics and gigging at local events in Newtown Connecticut.

Other contestants of The Voice season 21 include:

Jim and Sasha Allen Net worth

The father/son duo has been playing at open mics and gigging at local events. The estimated net worth of the duo is under review.