Coleman is a tall guy. He stands at a height measurement of 6 feet and 4 inches. 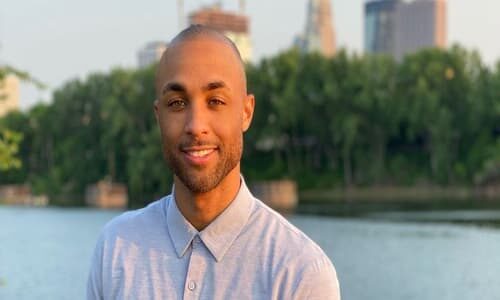 Coleman was born to his parents in Minneapolis, Minnesota. His father is named David Coleman while his mother is Julie Foley-Coleman. The Bachelorette contestant has a brother named Dan Coleman.

Coleman is single. He appeared on Bachelorette season 18 to compete with other men in winning the heart of Michelle Young, a teacher from Woodbury, Minnesota. He has not revealed details about his past relationships, however, we shall update you as soon as we have the information.

Coleman attended the University of Minnesota-Twin Cities where he graduated in 2016 with a Bachelor’s degree in Business and Marketing Education-Communication Studies. The Bachelorette season 18 contestant also attended Saint Mary’s College in California.

Coleman played basketball for two years at the University of Minnesota. He also played in high school and was named 2011’s Minnesota Mr. Basketball.

Coleman is one of the 29 contestants of the Bachelorette season 18 whose lead cast is Michelle Young. Michelle Young is a 28-year-old elementary school teacher. She is from Woodbury, Minnesota. She was a contestant of Bachelor season 25 starring Matt James. Both Coleman and Michelle are from Minnesota and played college basketball.

While Michelle is looking for a supportive man, a superman to her superwoman, Coleman is looking for a woman who is smart, caring, articulate, and one who is able to make him laugh. He wants someone with aligning values and hopes they are ready for a family because Joe hopes to have at least three or four kids!

Bachelorette season 18 premiered on October 19, 2021, and in the introduction, viewers learn that Michelle has been to Coleman’s DM’s. She expressed that he looked familiar and after exchanging pleasantries, and as Joe walked away, she asked him if she has been into his DMs and if his last name was Coleman. Catch the next episode on Tuesdays at 8 pm ET on ABC.

The other contestants include:

Coleman is a real estate developer. He currently works at C&S Services Group LLC as a property development manager. He joined the company in November 2020. Coleman previously worked as a digital content specialist for SportsEngine and as well as a basketball trainer for Life Time Inc.

Coleman has an estimated net worth of around $300k to $ 600k.  He earns his income as a real estate developer.