A native of Lockport, New York,  Joshua Vacanti is a singer and Prevention educator. He gained popularity after his appearance on NBC’s reality show, The Voice season 21. Vacanti teaches children about drug prevention outside of his music career.

The voice season 21 contestant, Vacanti, is 28 years old as of September 2021. He was born in Lockport, New York.

The voice contestant, Vacanti, stands at a height measurement of 5 feet and 11 inches. 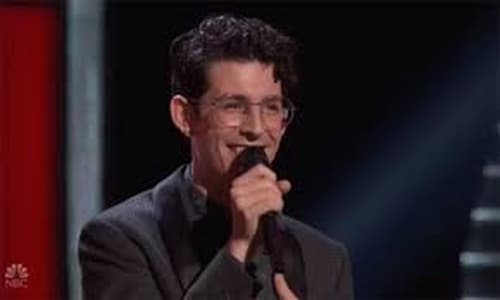 Vacanti was born to his parents in Lockport, New York. His mother is named Diane and his father Steve. He has three siblings; Cassandra, Joe, and Lexie.

Vacanti is married to his wife named Sam Olewnik since 2019. Together with his wife, they perform gigs and sing at their family worship band.

Vacanti is one of the contestants competing in the 21st season of The Voice, an NBC reality show. The season premiered on September 20, 2021, and is judged by Blake Shelton, Ariana Grande, John Legend, and Kelly Clarkson.

The singer performed Into The Unknown from Frozen 2 for his blind audition. John Legend used his only block to prevent Ariana Grande from getting chosen by the contestant. Ariana felt that she was personally attacked but it was too late for Vacanti had to be on Team Legend.

Vacanti started singing when he was just a small boy. He sang at Lockport  Assembly of God Church, and at high school. He was the 2008 and 2009 Niagara Falls Idol. The singer studied music at College and has been singing in the family worship band and at local gigs. Away from music, he is a prevention educator, teaching kids about drug prevention and encouraging them to set goals and accomplish what they want (source: NBC The Voice Artist profile).

Other contestants of the show include:

Vacanti’s net worth is under review.