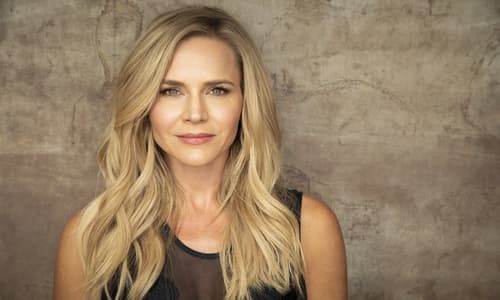 Benz was born in Pittsburgh, Pennsylvania to her parents George (father) and Joanne Marie (mother). In addition, her mother was a figure skater and her father is a surgeon in Pittsburgh.

Benz was seen in the TV show, Hi Honey, I’m Home! in 1991. However, after running for two seasons, the show was canceled. She earned herself a small part in an episode of the series Married…with Children two weeks after moving to Los Angeles in 1993. In addition, High Tide, Hang Time, Step by Step, and Boy Meets World are other TV shows she was seen in. In the TV movie, The Barefoot Executive, she had a small role.

She got the opportunity to audition for the role of Buffy Summers for the TV series Buffy the Vampire Slayer in 1996. Unfortunately, she was offered a small role of a vampire, Darla and the part went to Sarah Michelle Geller. On seeing her good performance, her part was extended to a few more episodes but initially, her role was limited to the pilot episode. She earned many TV shows and movies due to her visibility.

Furthermore, she appeared in every season of the show she reprised her role of Darla in the Buffy spin-off series Angel in 2000. She was the only white actor in the comedy movie The Brothers in 2001.

Benz is primarily known for playing roles of women who have suffered great losses in life. Her role as Darla was well-appreciated and got her noticed though she did not get the lead part in Buffy the Vampire Slayer.

Moreover, her role as Rita Bennett in the show Dexter was her other unforgettable role. For her great role, she was nominated for many awards and also won a few.

Benz’s net worth is $8 million.