Julie Phillips is a popular American realtor. Currently, she is working with Berkshire Hathaway Homeservices as a Real Estate Agent in South Tampa. She is a former weather anchor and reporter at WFLA and was the weekend evening meteorologist.

Phillips was born in 1988. Therefore, as of 2021, she is 33 years old. However, details about her exact date of birth are under review. 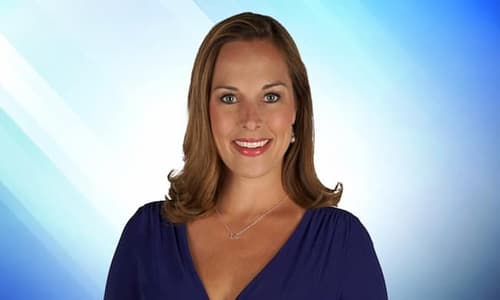 Little is known about Phillips’s mother but her father grew up in Seminole. Moreover, her aunt Jamie and grandmother Dottie still reside in Seminole.

Phillip dated for a long time before exchanging vows with her husband Russell Lawrence of Zacharias Lawrence CPA Group. However, the information of whether they have children is currently under review. In addition, she lives with Annie and Lolli, her two English Bulldogs.

Phillips graduated from the University of Miami, Coral Gables, Florida. She majored in Meteorology and Broadcast Journalism at the university. During the hurricane season after graduating, she had a chance to track the weather. She started supporting St. Jude Children’s Research Hospital while still in college. Moreover, she is a member of Delta Delta Delta Sorority.

In July 2010, Phillips’career in broadcast meteorology started as a weekend meteorologist at KTXS News. She was a weekday reporter and a weekend TV meteorologist. In November 2011, she became the channel’s Morning Meteorologist.

Moreover, she got a job at WFLA as its Weekday Meteorologist. This was after one 1year and 8 months of working for KTXS News. She joined Storm Team 8 based in Tampa. Her best experience for covering severe storms was in West Texas changing wild weather. She had to worryallEaster Sundays for severe weather there. She learned and earned the CertifiedBroadcast Meteorologist designation and is also a member of the American Meteorological Society.

After working for over 7 years as part of the weather team, Phillips left News Channel 8. She announced on Facebook that she was leaving as part of the best weather team in Florida.  Additionally, she was so fortunate to have spent 7.5 years with a great group of meteorologists.

She had walked through countless hurricanes and severe summer storms being a Tampa Bay Meteorologist. As a Real Estate Agent in South Tampa, she joined Berkshire Hathaway HomeServices.

According to her, she is not planning on leaving the Tampa Bay area. As a real estate agent, she is starting a new adventure. Most importantly, with a former co-worker, Bryan Bennett, she is beginning a new venture.