A native of Illinois, Kelsy Reynolds is an American tv star from Mansfield, III. She is a cast for Tough as Nails Season 3. Currently, she works as a Crop Duster.  In the summer months, she crops dust, harvest in the fall months, and pushes snow in the winter months.

Reynolds’s father, Paul D. died in a helicopter crash in 2014 at the age of 47. He was a specialist crop-duster. Moreover, her mother is Kim,( a widow) looks after the family business Reynolds Aerial Service. In addition, she has four siblings, all sisters. 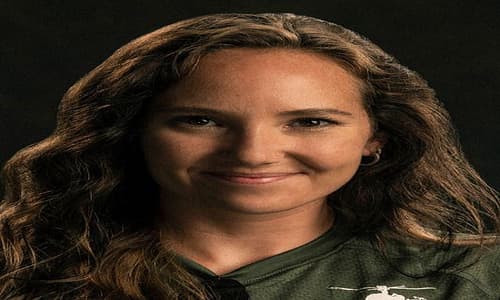 Reynolds’s height and body measurements are not publicly out.

Tough as nails is an American reality competition television series. It is hosted by Phil Keoghan and premiered on CBS News on 8th July 2020. The show features contestants competing in challenges at job sites. They are also testes for their toughness. One participant gets eliminated in each episode.

The second season was renewed on 12th August 2020 and premiered on 10th February 2021. Moreover, the third season premiered on 6th October 2021. The show is about contestants who in order to keep their country running up their sleeves and don’t think twice about working long hard hours and getting their hands dirty.

Reynolds describes herself as positive, energetic, and fun. Moreover, she further explained that she crop dusts in the summer months, harvests in the fall months, and push snow in the winter months. That is what keeps her busy.

In addition, she added that she works from sun up to sun down during spray season. To help farmers get their fields sprayed in a timely matter, she fills the helicopter with oil and fuel in the morning and then makes sure her maps and chemicals are set to have a productive day. Hence it is worth sitting in the helicopter for long days at the end of spray season.

Additionally, she said that she only helps farmers and their food to grow. She said that she never questioned herself and always knew that she could run her own business. In addition, she got an A+ on her aerial spray license exam. According to her, it was her first true sign from God that she was on the right path and telling her everything was going to be ok.

She also said that she is competing for herself and all small females out there who think they are not mighty enough. All are mighty. When asked what she wanted to win she said she wanted to show herself that she can do it and whatever she put her mind to, not to stop and just keep reaching. ‘Reach for the stars”.

Moreover, she said that she believes she is tough as nails because she is mentally determined. Also, she said that she keeps going and keeps pushing herself to be better and showing people that all they have to do is get out there and work hard and that their hard work will show! Additionally, she said that one does not have to be the biggest built, and they just can’t stop.

Other Contestants of this Season’ Tough as Nails include:

Reynold’s net worth is $1 million.