Kid Cudi, born Scott Ramon Seguro Mescudi is an American rapper, singer, songwriter, actor, and record producer. On several contemporary hip hop and alternative acts, he has been widely been recognized as an influence. 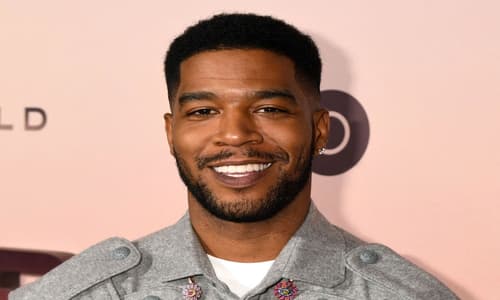 Cudi was born in Cleveland, Ohio to his parents Elsie Harriet mother) and Lindsberg Styles Mescudi (father). In addition, his mother worked as a middle-school teacher and his father was a house painter and a war veteran. However, his father died of cancer when Cudi was 11 years old which plunged him into depression. Moreover, he has three older siblings, two brothers named Domingo and Dean, and a sister named Maisha.

Ever since his early days of fame, Cudi has been very private about his personal life. However, his most recent relationship in public was with Raquel Deriane, a costume designer. He was also in a relationship with a popular entertainment lawyer, Jamie Baratta. However, the duo called it quits in 2012 after it became rocky. He also briefly dated Stella Maeve, best known for her role in Syfy’s The Magicians.

Moreover, the rapper has a daughter, Vada Wamwene Mescudi from a previous relationship with his ex-girlfriend Jacqueline Munyasa.

Before transferring to Solon High School, Cudi attended Shaker Heights High School for two years. He earned his GED, although he was expelled from the school for threatening to punch the principal. However, he dropped out of university after a year at the University of Toledo. Due to his juvenile police record, his subsequent plan to join the Navy did not pan out.

After being inspired by the alternative hip-hop grounds, A Tribe Called Quest and The Pharcyde, Cudi started his musical career. He moved out of Cleveland to live with his uncle in the South Bronx in 2005. Additionally, he worked at a clothing store and also met Kanye West, his mentor. He created a song called ‘Day ‘n’ Nite after one year. The song was his first commercial success. Kanye West signed him under his label, West’s GOOD Music label after Cudi’s first full-length mixtape caught his attention.

Man on the Mood

Man on the Mood: The End of the Day, was Cudi’s first record and was released in 2009. It was certified double platinum by the RIAA and turned out to be a big hit. In addition, he released a second album called Man on the Moon II: The Legend of Mr. Rager in 2010. Later, in a collaboration with Dot da Genius, they formed a band named ‘WZRD’. Their first album reached first place on the Billboard Top Rock Albums after they released it in 2012. In 2013, his solo album titled ‘Indicud’, also went on to become a major hit.

In addition to his musical endeavors, Cudi has also appeared in a few films. The 2010 TV drama One Tree Hill, was his first appearance on screen. In the HBO series, How To Make It In America, he starred in 2010. Moreover, in 2013, he made his feature film debut, Need for Speed. Also, in the CBS sitcom Scorpion, he starred the following year. He played a Villain in the 2016 criminal thriller, Vincent N Roxxy.

In addition, he dressed up as a bride recently attending the CFDA Awards in 2021. During the occasion, he executed bridal excitement looking as if he were getting ready to walk down the aisle.

For wearing skinny jeans early in his career, he was ridiculed in the hip-hop scene. However, skinny jeans became fashionable after being worn by mainstream rappers like Lil Wayne and Kanye West. Moreover, he caused a stir when he wore a kilt to a New Year’s Eve party in Miami in 2010.

In addition, in April 2012, he made headlines once more when he gave the TMZ paparazzi the finger and claimed they had never posted anything to make him appear good. During his 2013 Cud Life concert tour, he wore a custom-made astronaut-like suit fashioned by famed Hollywood costume designer Jose Hernandez. His suit has been dubbed as the Satellite Academy Space Suit by Joe La Puma of Complex.