Kirby Heyborne is an American actor, singer, musician, songwriter, comedian, and narrator. He is known for his work in films. The films are centered around the culture of The Church of Jesus Christ of (LDS Church) Latter-day Saints. He has also worked widely as an audiobook narrator.

Heyborne’s height is not yet known. We will update this information once it is available. 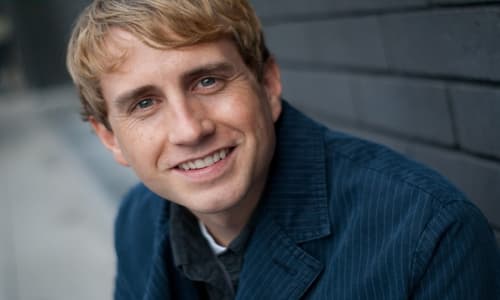 Heyborne has not disclosed any information concerning his parents and siblings. once this information is out, we will update it.

He is currently single. Furthermore, we don’t have any information about him being in any previous relationship. He also has no children.

Heyborne went to Alta High School and graduated in 1995. While there, he was the student body president. He also graduated with a degree in Economics from the University of Utah.

Heyborne is both a professional actor and a musician. He released several CDs on which he sings and plays the guitar along. He became widely popular in LDS Church culture in 2003 after starring in the film The R.M. Also, he is an accomplished narrator. Furthermore, he has provided voice work for many non-fiction titles, novels, and short stories.
He appeared in a Best Buy commercial in 2013 where he was promoting sales for Verizon phones for an upcoming back-to-school sale. This commercial aired on August 26, 2013, during the CBS primetime lineup. Later in 2019, he began hosting “Making Good”, a show on BYUtv.

Kirby Heyborne Salary and Net Worth

Heyborne’s income is from his acting career. He has a net worth of between 1 million and 5 million dollars.