Kirk Frost is a reality star and an entertainment manager. He owns the D-Lo Entertainment record label. He is also a cast member of VH1’s reality show Love&Hip Hop: Atlanta.

Frost is quite a tall guy, standing at a height measurement of 5 feet and 8 inches (1.73m). 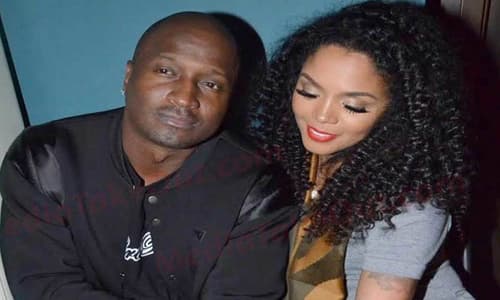 Kirk Frost with his wife Rasheeda

Frost is born to Gloria Frost (mother) and Thomas Frost (father). His mother passed away in January 2018.  Kirk had an elder brother named Keith who passed away. On an Instagram post, Kirk uploaded his brother’s photo alongside him and under it, he captioned: “Happy birthday #keithfrost big bra love you & miss you #rip.”\

Frost attended the University of Georgia where he graduated with a bachelor’s in fine arts.

Frost is married to Rasheeda Frost. The duo tied the knot in 1999. Rasheeda is a businesswoman, singer, designer, and television reality star.

Frost and his wife Rasheeda have two children, Ky and Karter. Kirk has sired five other children but not with Rasheeda. The names of other Frost’s children are Kelsie, Cherry, and Kirk Jr. whom he got with Kellie Harris, and lastly, Kannon whom he got with Jasmine Washington.

Kirk was accused of being in an extramarital affair with Jasmine Washington with whom he bore a child.

Frost is a career man. Heis a songwriter, rapper, and entrepreneur. He is also a television reality star known for his appearance in VH1’s reality show Love & Hip-Hop: Atlanta. Kirk started his hip-hop career with Da Kaperz.  One of his hits is Shorty Swing My Way which was his first platinum-selling single.

Frost has an estimated net worth of $600K (2020) according to Celebrity Net Worth. He has accumulated his worth as a reality star, entrepreneur, and rapper.