Kirk Norcross is an English television reality star known for featuring The Only Way Is Essex (TOWIE), Celebrity Big Brother (2012), and Ex On The Beach (2015). He is the son of the late Mick Norcross, who was a property developer and reality star of TOWIE.

Kirk became famous after appearing on ITV2’s reality show The Only Way Is Essex. He joined the show in 2010, appearing up to its third season. He then returned in 2012, existing in 2013 after season seven, after announcing he had left the show. The reality star was a housemate in 2012’s Celebrity Big Brother and was evicted on day 16 of the show.

Norcross stands at a height measurement of 5 feet and 10 inches tall.

Norcross is born to Julie  Lloyd and the late Mick Norcross. He was born in Woodford, London, United Kingdom. He has three siblings, two brothers named Daniel, Mason Bright, and a sister named Hollie-Bright. Kirk is the oldest in the family. 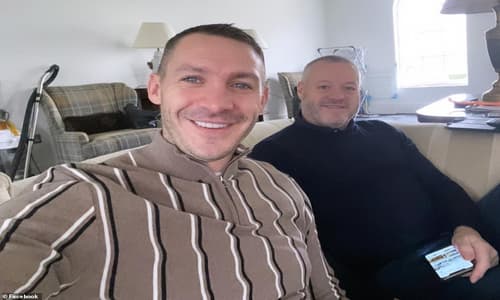 Kirk Norcross with his father (in black) Mick Norcross

Father’s  Cause of Death-Mick Norcross

His father, Mick Norcross, passed away on January 21, 2021, at the age of 57 years. Mick was found lifeless at his home in Bulphan, Essex.  An Essex Police Spokesman on a brief statement said: “We were called to an address in Brentwood Road, Bulphan shortly before 3.15 pm on Thursday 21 January. Sadly, a man inside was pronounced dead.  His death is not being treated as suspicious and file will be prepared for the coroner.”

His cause of death is still under investigation though the police said it’s not being treated suspiciously. Reports speculate that he committed suicide. Mick had posted a cryptic message on his Twitter account hours before his death that read: “At the end remind yourself that you did the best you could. And that is good enough.”

Norcross has an estimated net worth of between  $800K-$1 million, in 2020. He has accumulated his worth through advertising, starring in reality television shows.