A native of Detroit, Michigan, La’Britney Franklin is an American television personality, singer, and actress known for her role in Cornerstone (2011), Love & Hip Hop: Hollywood (2014), and Notorious Queens (2021).

The television reality star, Franklin, stands at an approximated height measurement of 5 feet and 4 inches. 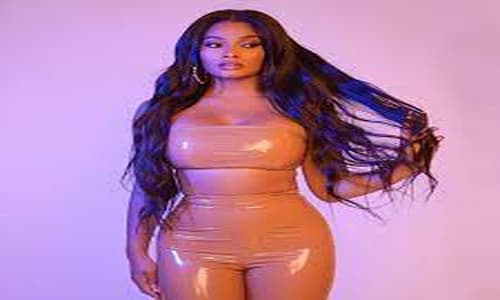 The Notorious Queens star, Franklin, has a supportive family. She has a sister named Afro Cubaan, who is also a singer. La’Britney also revealed that when they were kids, she used to force her sister to do music with her. The two have a song together, “Tell Me Nothing.”

We are keeping tabs on this missing piece of information and we have a credible source we shall update you.

Franklin became a mother when she was a teenager. She has two sons,  Alontae, who was born in 2005, and Russell, born in 2007. The Love & Hip Hop star got her first son Alontae at the age of 14 years.

Franklin is a singer and television personality. She rose to fame after she released a song single Actin Funny featuring Kash Doll from her project Never Fold. She was a supporting cast member of season five of Love & Hip Hop: Hollywood (2014). La’Britney is also a cast member of Notorious Queens ( 2021).

In addition, La’Britney is also an entrepreneur. she has an online business and owns a clothing line by the name La’Britney whose products include bodysuits, sweatshirts, T-shirts among others. You can shop through her website https://www.itslabritney.com/ or you can also view her products through her Instagram business page @lanationshop