Born Lara Christine Von Seleen, Lara Spencer is an American television presenter. She is a correspondent for Nightline and ABC News as well as ABC’s Good Morning America co-anchor. 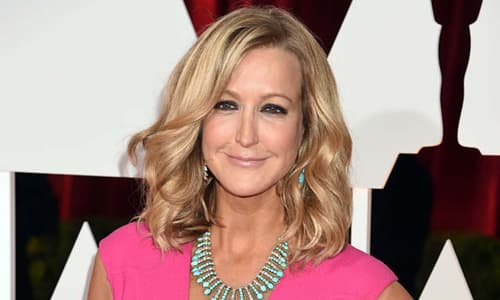 Spencer’s father is  Richard Ernest and her mother is Carolyn von Seelen.

From 2000 to 2015, Spencer was first married to David Haffenreffer. However, she later married Richard McVey, a New York tech entrepreneur in 2018. Her husband Richard is the chairman, founder, and CEO of MarketAxess. A publicly-traded financial technology company. Moreover, she has two children, a daughter named Katharine Paige, and a son named Duff.

Spencer graduated in 1987 from Garden City High School. She was a nationally ranked competitive diver at Pennsylvania University. Here, she attended an athletic scholarship for springboard and platform diving. In addition, she graduated with a degree in broadcast journalism in 1991 where she was named an All American Athlete.

In order to gain experience, Spencer went into the NBC page program. Here she would volunteer to work with other reporters from where she landed a position at the CBS affiliate WDEF-TV in Chattanooga, Tennessee. Moreover, she served as reporter, producer, editor, photographer, and news van driver, where she was literally a one-man band. Later, in a year, she joined News 12 Long Island. She anchored the 3 a.m. newscast for WABC-TV two years later. Her big break was considered the TWA Flight 800 crash coverage. In 1999, as a national correspondent, she joined ABC’s Good Morning America.

At Penn State’s homecoming in 2014, she was named grand marshal.

In addition, she hosted the limited series People Icons in 2017.

On the prime-time game show, It’s Worth What, Spencer was the creator and executive producer. It aired during the summer of 2011 on NBC hosted by Cedric the Entertainer. Based on her passion for interior designing, she created and produced two television shows. I Brake for Yard Sales, a one-hour special that originally aired in April 2012 on HGTV. The second one airs on Great American Country called Flea Market Flip, a flea-themed series.

Spencer’s I Brake for Yard Sales, was her first book and was published and released in April 2012. The book guides on how to create high-end-looking rooms using secondhand finds.

In addition, her second book, Flea Market Fabulous was published and released on September 16, 2014. It’s a guide on designing rooms and homes: Designing Gorgeous Rooms with Vintage Treasures.

Spencer’s comments about six-year-old Prince George of Cambridge were interpreted by some as offensive causing a public backlash in August 2019. The prince was enjoying ballet classes. However, she apologized to Good Morning America during an interview with three professional male dancers. Also, she issued an Instagram apology saying she fully believes that we should all be free to pursue our passions.

Spencer earns a salary of $3 million. Moreover, her net worth is $20 million.