Born Lauren Christine German, Lauren German is an American actress and model. She is best known for her major role was in the 2002 teen romantic drama film A Walk to Remember. In addition, she portrayed other roles in the horror films Hostel: Part II and The Texas Chainsaw Massacre 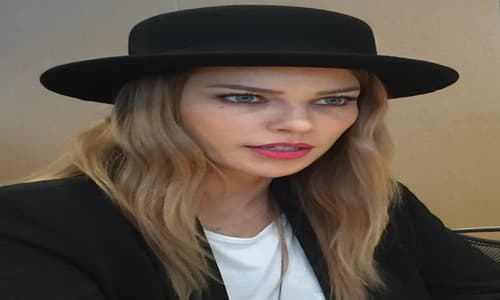 German’s father is Richard, a well-known vascular surgeon. However, details about her mother are not publicly available. Her grandfather’s name is James. She has Dutch ancestry and her nationality is American.

Peter Pan and Oliver were German’s initial acting roles. Moreover, in 2000, she appeared in the drama series Undressed and in the movie Down to You. Later, she appeared in the TV movie Shotgun Love Dolls. In addition, she was later cast as Belinda in the film A Walk to Remember in 2002. Moreover, she was cast as Elena in the movie Midsummer Night’s Rave the same year. She was featured in the TV movie The Lone Ranger and in the film The Texas Chainsaw Massacre a year later.

In addition, in the series Sex, Love & Secrets, she was cast in the main role of Rose. Love and Mary, Spin, It Is Fine! Everything Is Fine, Hostel: Part II, and What We Do Is Secret are movies she appeared in 2007. She acted in the film Mating Dance the following year. Furthermore, in 2009, she was cast in movies like Made for Each Other and Dark Country. She played the role of Henley Boonie in the drama series Happy Town after.

Moreover, she appeared in an episode of Human Target in the year 2011. She was cast in the drama series Hawaii Five-0 where she played DHS agent Lori Weston in the same year. Furthermore, in the NBC drama Chicago Fire, she played the character of Leslie Shay in 2012. In Chicago P.D., she was a guest star. Additionally, in 2016, she started playing the role of Det. Chloe Decker.

German’s net worth is $4 million.