Lindsay Hubbard is a well-known Reality Star who became famous after appearing on the Bravo reality series Summer House. She is from New York City. Also, she is the president of  Hubb House public Relations Firm, which is based in New york. Additionally, Lindsay is also a business Savvy OG, best known for staying true to herself and being unapologetic.

Hubbard stands at a height of (1.6meters) which is 5 feet 3 inches. 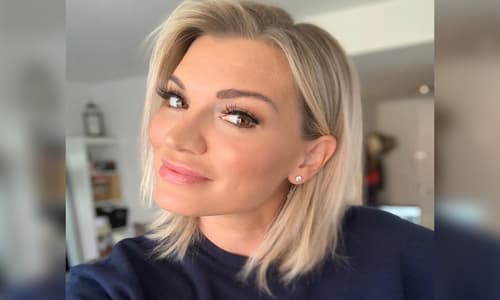 Hubbard is very close to her father. She appreciated her father whenever she had an opportunity without shying away but rarely mentions her mother. She has a brother Brandon Hubbard who is in the military.

Hubbard was in a romantic relationship with Everett Weston since the beginning of season 1 of Summer House in2017. They were long time friends. She later broke up with him and started dating Peyman, whom she met at St. Barth’s party. Their relationship then ended over the summer. In season 4 of the summer house, she started dating Carl Radke who was also a cast in the show. After dating for a while, they decided to go back to being friends and they both reached a consensus. Later, she met Stephen Traversie, a marketing executive and they shared romantic ties. She met him on Stephens’s Instagram in June 2019. On her 33rd birthday in August 2020, Stephen was there. They even quarantined together during the coronavirus pandemic. therefore, many media outlets concluded that they were indeed dating.

Hubbard is not known to be having any children. There is no available information regarding her children on the internet.

Hubbard attended the University of Florida and later graduated in 2008.

Hubbard began working in public relations for Coburn Communication. She worked there for almost one year and in 2008, she left. After that, she worked for Escape media in Label Relations. This work helped her sharpen her skills in public relations. Later she started her own company and named it Hubb House Public Relations which was located in the heart of New York. By March 2020, in her company, she was holding the position of president.

Hubbard was featured on the first season of the summer house. In April 2017, Bravo announced that the show was being renewed for the second time since they were denied permission to shoot at the same house. The show premiered for the second season on 22nd January 2018. Lindsay returned for the second season. The third season of the show premiered on 4th March 2019 and Lindsay was a returnee on this season. Bravo announced that some cast members like Danielle Olivera and Jordan Verroi would not return for season 4 of the show. That season premiered on 5th February 2020 and she returned to the show alongside Kyle Cooke, Carl Radke, Hannah Berner, Paige Desorbo, and Amanda Batula. There were also new appearances on season 4 like Luke Gulbranson and Jules Daoud.

Lindsay Hubbard Salary and Net Worth

Hubbard has not stated the amount of money she earns although she earns more than $50 thousand from Hubb House Public Relations in estimation. Her exact salary from Summer House is not known. She has an estimated net worth of over $800thousand.