A Haverfordwest native, Liv Hill is a British actress best known for her role in Three Girls, a 2017 BBC miniseries. She is also famous for her role in the British film Jellyfish as Sarah.

Hill was born in 2000 in Haverfordwest, Wales. The actress is 21 years old as of 2021. However, her exact date of birth is not publicly out. 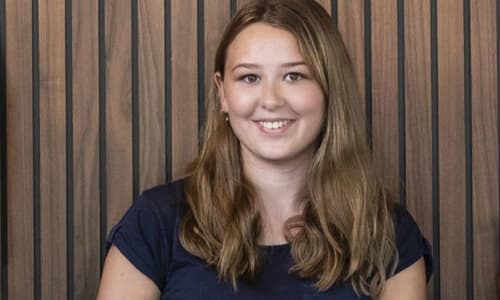 Hill’s parents are Major Stewart (father) who is an Army Officer and Melissa (mother). In addition, she has one sibling, a younger sister named Annabel. However, they had first lived in Cardiff, Germany, Oxford, and Nottingham due to her father’s nature of the job. This was before the family settled in Derbyshire.

Hill has not been in a relationship. However, she is straight.

The actress has not disclosed her educational background.

At the age of 15, Hill became a member of Nottingham’s Talent 1st actor’s studio. Moreover, her role as Ruby in Three Girls was her first professional acting. In addition, in Jellyfish, she is also famous for her role as Sarah.

She has played recurring roles in The Little Stranger, The Fight, and Elizabeth is Missing apart from three girls and jellyfish.

2017 – Three Girls as Ruby Bowen
2018 – Snatches: Moments from Women’s Lives, Jellyfish as Sarah, The Little Stranger as Betty, The Fight as Jordan
2019 – Elizabeth is Missing as Young Maud

Hill received British Academy Television Award under the category of Best Supporting Actress for her work in Three Girls.

Moreover, she was nominated for the British Independent Film Award under the category of Best Newcomer in Jellyfish.

She also received the Stage Debut Award nomination for a Most promising newcomer. Top Girls The National Theater. In addition, in a British film, Jellyfish, she was nominated for the Edinburgh Film Festive Award Best Actor. She also got nominated for Dinard Festival Best Actress for the film Jellyfish.

Furthermore, the actress was nominated for the 2018 Screen Star of Tomorrow and Critics Circle Film Nomination for Most Promising Newcomer.