Liz Collin is an American Journalist. She is currently working as a reporter and presenter at WCCO-TV, virtual channel 4 which is licensed to Minneapolis, Minnesota, United States. The anchor joined the network in 2008. 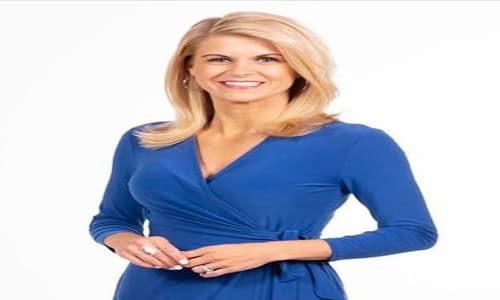 Collin was born in Worthington, Minnesota to her parents. However, the news anchor has not disclosed her parent’s identities or if she has any siblings.

The talented news anchor has been married twice. Collin was first married to fellow journalist Joe Sheeran, the communications manager for the City of Maplewood, Minnesota. The duo got married in 2004 and moved to Philadelphia. In addition, in 2012, the couple welcomed their first child, a son named Anthony. However, they later divorced.

Moreover, Liz later married Bob Kroll, the president of the Police Officers Federation of Minneapolis. Additionally, news of their marriage made headlines in 2019 during the Floyd Mayweather case though the couple preferred to keep their marriage very lowkey.

Collin graduated from Worthington High School in 2000. In addition, the anchor graduated with a bachelor’s degree in Broadcast Journalism from the University of Minnesota-Twin Cities. Liz also went to the Art Institute of Fort Lauderdale in Florida and Wichita State University in Kansas.

The talented news anchor began her career while in high school covering a tornado that touched down in southwest Minnesota at a small radio station.

Moreover, she has held producing, investigative reporting, and anchoring positions at TV stations around the country since those radio days in her hometown of Worthington, Minnesota.

Liz got her first real on-air opportunity at KDLT-TV in Sioux Falls where she spent two years. Prior to this, she had the chance to work with CNN for a few months. Moreover, she was later employed for six months as a robotic camera operator at a large NBC station. Later, Collin joined KWCH-TV, Wichita, Kansas where she worked as a reporter for three years. While here, she covered some hard-hitting stories like problems in a military school in Salina.

Moreover, in 2008, the journalist joined WCCO/CBS where she still continues to work.

Liz works at WCCO alongside other famous WCCO anchors and reporters including;

Collin’s net worth ranges between $1 million and $5 million.