Maggie Siff is an American actress whose most notable television roles have included department store heiress Rachel Menken Katz on the AMC drama Mad Men. In addition, she is also famous on the FX drama Sons of Anarchy with the role of Dr. Tara Knowles for which she was nominated twice for the Critics’ Choice Television Award for Best Supporting Actress in Drama Series. She also played psychiatrist Wendy Rhodas on the Showtime series Billions. 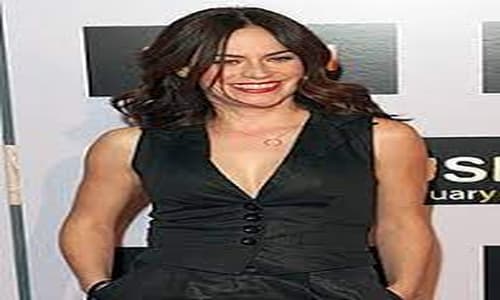 Siff was born in The Bronx, New York, United States to her parents. Moreover, her mother is of Irish and Swedish descent whereas her father is Jewish. Besides, the actress has two siblings, an older brother, Ivan, and an older sister named Ellen.

Siff married her husband Paul Ratliff in 2012. In October 2013, the actress announced that she was expecting her first child with her husband. Moreover, she gave birth to a daughter, Lucy.

Siff is The Bronx High School of Science and Bryn Mawr College alumni where she majored in English and graduated in 1996. Later, the actress joined the New York University’s Tisch School of the Arts and completed an M.F.A. in acting. She also worked as a temp at a hedge fund, an experience she drew on her role in Billions shortly after graduation.

Before acting in television, she worked extensively in regional theater. Moreover, in 1998, she won a Barrymore Award for Excellence in Theater for her work in Henrik Ibsen’s Ghosts at Lantern Theater Company.

In 2004, Siff started appearing in television series. During an episode of Rescue Me in Season 2, she appeared as an Alcoholics Anonymous speaker. Moreover, the actress had roles on Law & Order: SpecialVictims Unit, Grey’s Anatomy, and Law & Order.

From 2007 to 2008, she played Rachel Menken Katz on the series Mad Men which earned her a nomination for a Screen Actors Guild for Outstanding Performance by an Ensemble in a Drama Series. Moreover, she was cast as Dr. Tara Knowles on Sons of Anarchy in 2008 after appearing in Nip/Tuck.

Moreover, she has appeared in many films. Furthermore, she narrated the audiobook “Gwendy’s Button Box” in 2017. Additionally, she has been serving as the television spokesperson for Betterment, an online investment service starting in 2018.

Moreover, she provided the voice for the titular subject of Polly Platt: The Invisible Woman in 2020.

Siff’s net worth ranges between $8 million and $10 million.