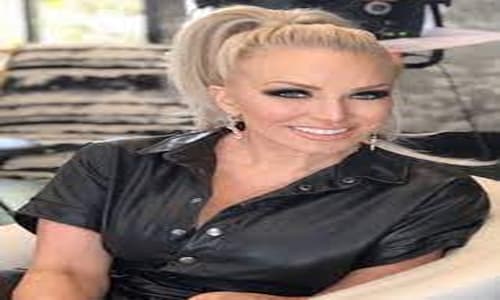 Josephs was born in Elizabeth, New Jersey, the US to her parents who were Hungarian immigrants. Moreover, she was raised in Westchester, New York. Her mother’s name is Marge Sr. However, she also calls her mother’s boyfriend, Wayne her stepdad though he was never married to her mother.

The fashion designer married her first husband Jan Josephs in New York City. Additionally, she was married to Jan from 1994 to 2013. Together, they had a son and her husband had three children from a previous marriage. However, Margaret is currently married to her second husband, Joe Benigno since 2013.

Josephs graduated from the FIT with a degree in fashion design. In addition, the reality star worked in New York’s garment center as a dress designer. Moreover, she was inspired by the prints and fabrics she worked with while working here. Similarly, this later influenced her own line. Furthermore, the reality star decided to establish her own line of decoupage home accessories after the birth of her son.

In addition, the television personality launched Macbeth Collection in 1999 after realizing the popularity of her decoupage metal buckets and accessories. Moreover, the collection has successfully transitioned into a lifestyle brand including tech, clothing, and fashion accessories.

Furthermore, in August 2017, it was announced that the reality star had joined the cast of The Real Housewives of New Jersey for the series eighth season which premiered on October 4, 2017.

Josephs’ net worth is $50 million.